Next Stage review: A Bear Awake In Winter 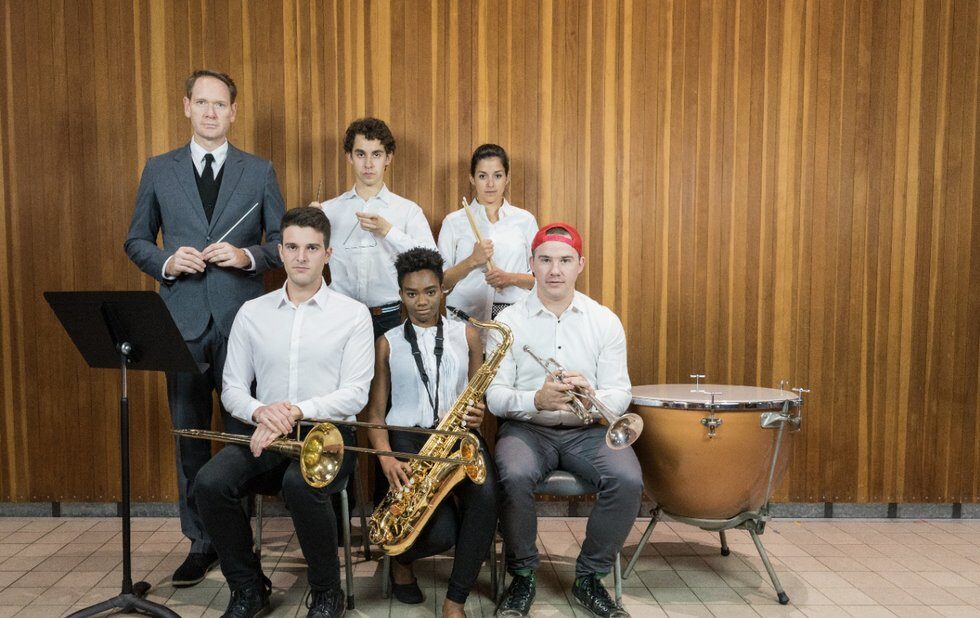 Mr. Hill (Andy Trithardt) is an idealistic teacher who’s arrived from Toronto to live with his husband in Dartmouth, Nova Scotia. When he shows up to teach a high school band class, the students who are each dealing with their own pressing issues speculate about his sexual orientation.

The arrogant trombonist (Andrew Di Rosa) is immediately suspicious of the man, while the queer keyboardist (Hershel Blatt) sees a possible role model. Meanwhile, the flutist (Michaela Di Cesare), who’s arrived from another school, is just trying to get by and avoid unwanted attention from the trombonist.

Richardson’s writing sharply defines each student, and the beautifully cast actors feel grounded in their parts. Di Rosa and Blatt are especially good as students on opposite sides of the status scale, while Danny Pagett and Bria McLaughlin are skillful at suggesting the motivation of those not wanting to create conflict.

If there’s a fault to the script, it’s the underwritten part of Mr. Hill, although Trithardt is engaging and sympathetic in the role.

But Richardson, who also directs, stages the play with imagination, bringing out both the comic and poignant moments. And the metaphor in the title is evocative without being heavy-handed.

Look out for one exquisite scene in which a bullied kid and his bully talk in a frank, honest and hopeful way. As these kids might say, it delivers all the feels.