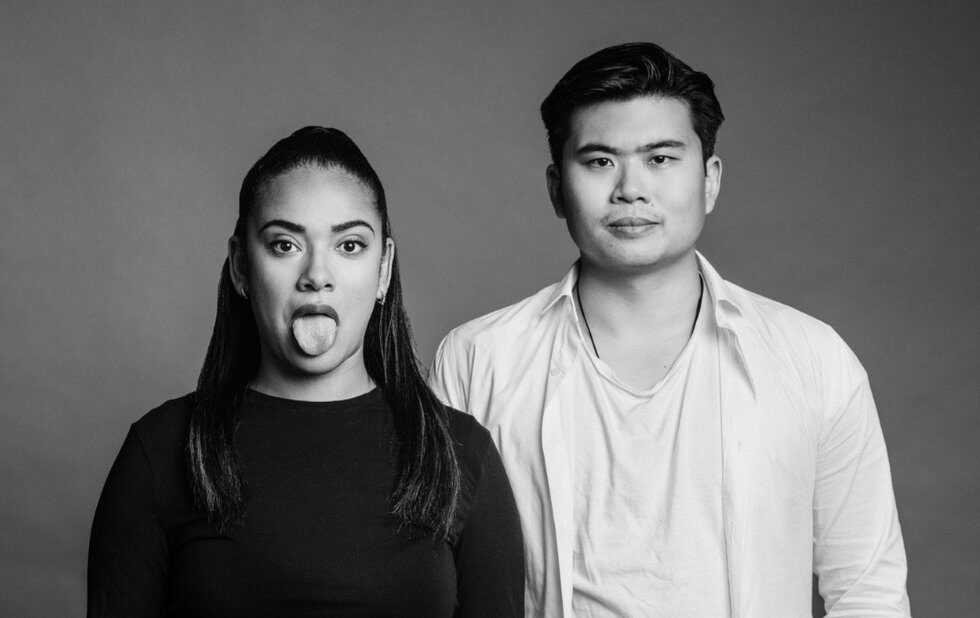 Who knew that a rare neurological condition could inspire such a charming, sharp and even romantic musical about Canadian cultural identity?

After the Peterborough-born, young urban professional Kathy Woodrough (Victoria Houser) emerges from a stroke-induced coma, she wakes up in a hospital with a thick Eastern European accent. Turns out she has Foreign Accent Syndrome (Google it: it’s a real thing). Soon she’s given herself a new name, Ludmilla, starts bonding with the hospital’s Bosnian cleaning lady, Visnja (Cynthia Ashperger), attends an ESL class and begins dating David (Allie McDonald), a man attracted to women with “exotic” accents.

The show, jauntily directed by Stefan Dzeparoski, takes a while to come together, but once it hits that ESL class attended by new Canadians Paul Lee (Julius Cho), Madeline (Phoebe Hu), Pele (Jenna Daley) and Yura (Mladen Obradovic), it becomes something fresh and very funny.

The songs, everything from a group number about the weather to our penchant for apologizing, are tuneful (music is by Daniel Abrahamson and Justin Hiscox) and clever (lyrics and book are by Lola Xenos) and energetically performed (musical director Tim Monis plays keyboards). And the script has room for lots of savage satire, not just about David’s fetishization of Ludmilla’s ethnic background (yup, I think the title’s a sexual pun) but also about how the entertainment industry exploits global suffering for its own gain.

The performers are all strong, especially Ashperger, whose energetic Visnja is an aspiring actor. Houser and Macdonald have a couple of hilarious, absurd duets. And Obradovic’s sneering pronouncements as the right-leaning Yura are a hoot.

If anything, there are too many peripheral characters, and Kathy/Ludmilla seems too passive a character. But those are minor problems in a show that has so much heart, humour and feel-good national pride.