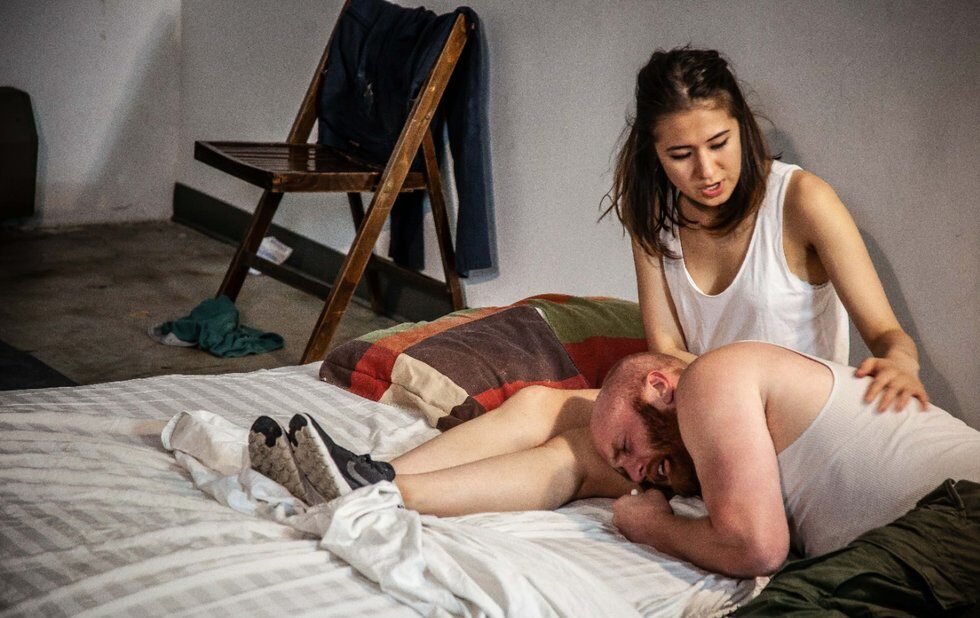 Inspired by the real-life story of Markhans Jennifer Pan, a Vietnamese woman who ordered a hit on her parents, Lucky isnt exactly a true crime drama. Rather, its an emotional and absorbing play that explores overbearing immigrant parents, the impossibly high expectations they set for their children and what happens when that relationship cracks.

During a night out at the bar, Nina (Katharine King), an over-achieving Filipina-Canadian student, meets Sylvain (Christian Jadah), a former skinhead who keeps his swastika tattoo emblazoned across his chest as a souvenir. They go home together, and the play takes place in Sylvains grungy apartment, where the floor is littered with dirty clothes and empty beer cans.

Jadah is gripping as an entitled white man who believes immigrants are the reason for his lifes failures, while King is equally thrilling as a desperate woman who will do anything to break free from her parents. (Yes, even if it means getting her new skinhead beau to murder them).

King and Jadah have an exhilarating chemistry as both lovers and foes as they debate affirmative action, political correctness and the Asian model minority myth, the racial stereotype that Asian-Canadians and Asian-Americans are more successful than other minority groups.

Marie Barlizos script is strong and sharp details about both Nina and Sylvains own histories are efficiently revealed throughout even if at times it feels like their arguments go in circles.

But this engrossing production will give you chills.