CONSUMPTION PATTERNS by Kevin Shea (Next Stage Festival). At the Factory Studio. Jan 14 at 6:30 pm, Jan 16 at. 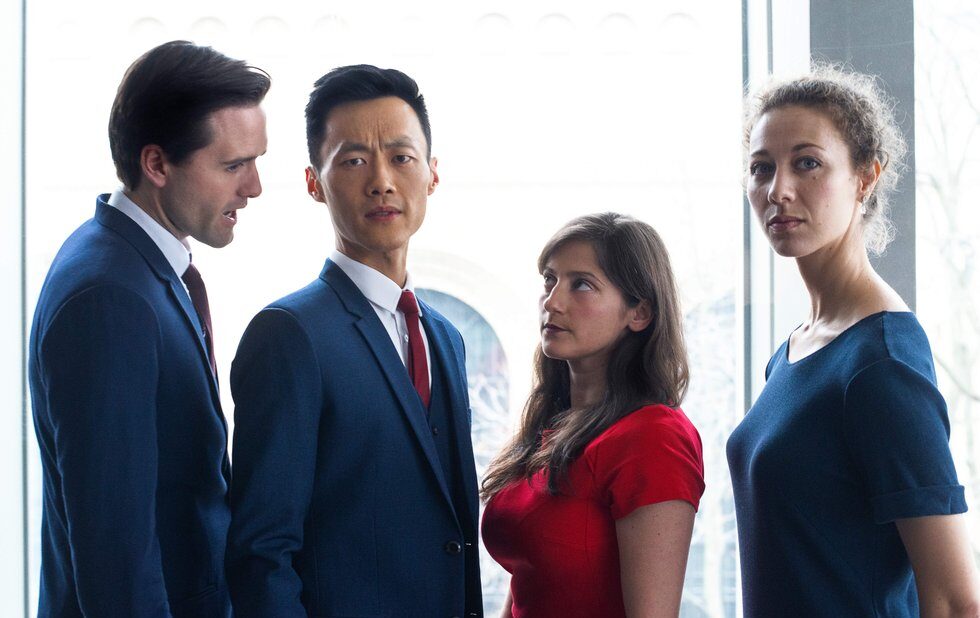 Kevin Shea‘s Consumption Patterns offers up some razor sharp observations about millennials navigating late stage capitalism. But the density of the material particularly in a lengthy ensemble section makes it, as one of the characters might say, a little hard to process.

The show begins effectively as a series of monologues. A highly strung woman (Jennifer Dzialoszynski) justifies her extreme eco tourism a gay man (Jonathan Tan) who showers four times a day discusses the scarcity of water a lawyer on the partner track (Sochi Fried) explains how she just needs a trophy husband a hipster (Ben Sanders) talks about refusing to buy his nephew a popular Christmas gift.

Shea’s writing is succinct and effective, and the actors, directed by Jill Harper, are superb at suggesting their characters’ complexities and contradictions. Some of the best sequences are quietly devastating glimpses into loneliness: Fried as a mother/ceramics artist who misses her Filipina nanny Sanders as a socially awkward man who hires prostitutes.

While an extended group scene in the show’s second half mixes up the rhythms and is enjoyably choreographed by Patricia Allison, the narrative zigzags involving conference calls and various forms of transportation soon become exhausting. There’s so much information to take in that we end up shutting down.

Life is overwhelming, yes (one of the show’s points), but Shea and Harper would be better off giving us slightly less to consume so we can better savour it.