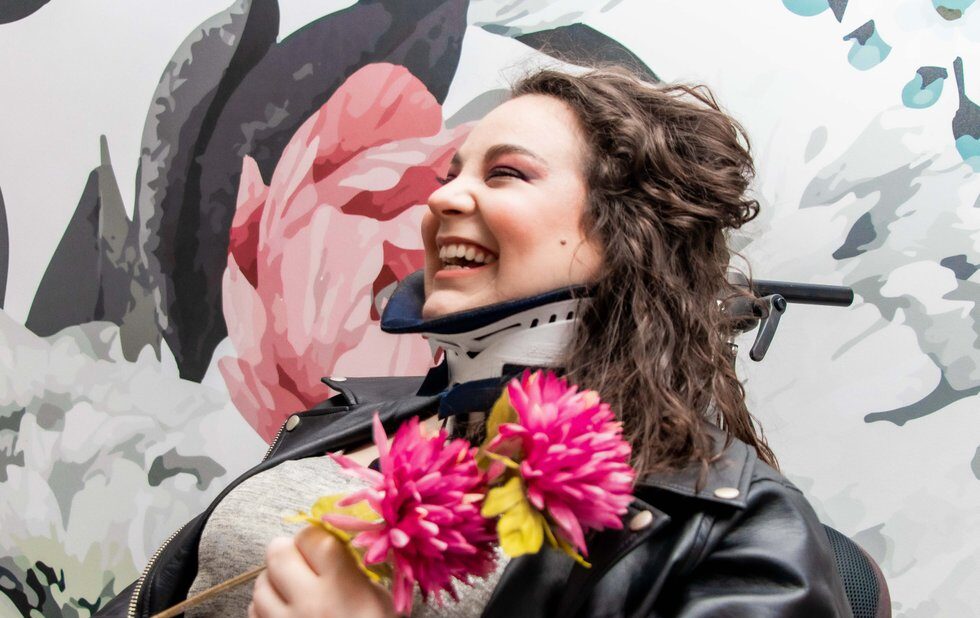 A tech issue meant the opening performance of Ophira Calof‘s solo show Literally Titanium was delayed by about 10 minutes. “Just like me, technology sometimes has access needs,” quipped the writer/performer at the top of the show.

The line got a big laugh, since Calof (Generally Hospital) is a self-described disabled performer who uses a motorized wheelchair to move around. It’s too bad the show itself isn’t as inspired as that improvised line.

Pointing out that her mind and body have separate perspectives, she decides to present most of the show from the POV of her body. What follows is a rambling narrative that starts out with detailing her mother’s pregnancy but then, strangely, quickly flashes forward to Ophira studying opera and wanting to become an opera singer.

Calof intersperses these fragments with songs both classical and popular but they seem disconnected from the text. The chronology is either nonexistent or jumbled, and there’s little specificity anywhere. Calof talks about love one moment, titanium implants the next. And then there’s an effective rant, with little context, about inaccessible theatres.

The whole show, directed by Sanja Vodovnik, is disorienting.

All of this might be bearable if Calof delivered the material with some warmth or sincerity. But she affects a forced, cutesy delivery that seldom feels authentic.

Calof definitely has a story to tell and sing but it needs more work and shaping before it reaches the next stage.