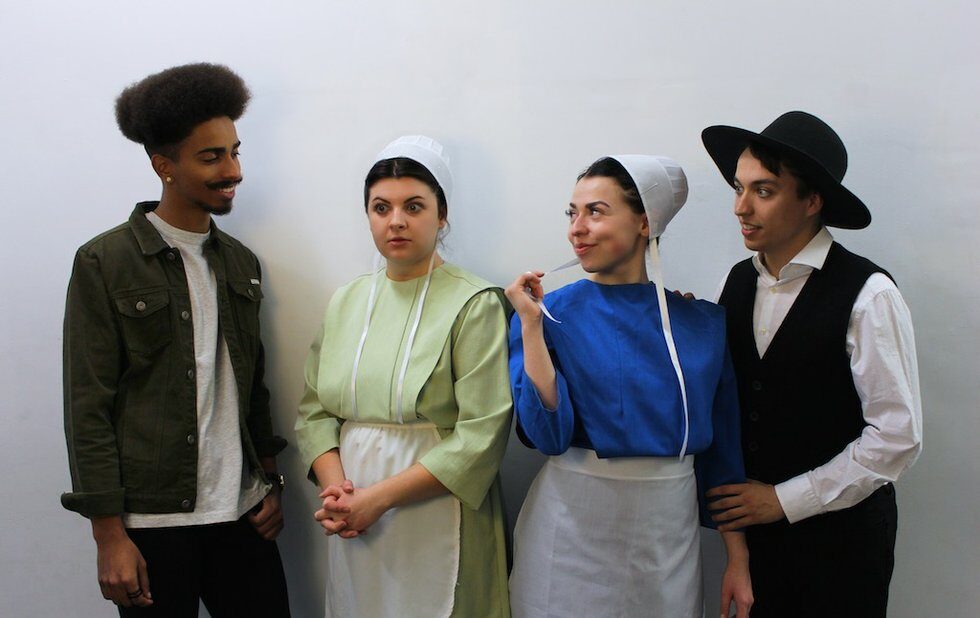 Hold onto your bonnets, musical theatre lovers. Rumspringa Break! is the most entertaining fish-out-of-water show since that one about Mormon missionaries in Africa.

The set-up is brilliant: Amish twins Ruth (Georgia Bennett) and Hannah (Arinea Hermans) head to the big city (Buffalo!) so Hannah can experience other ways of life before settling down with her black-hatted betrothed, Samuel (Joel Cumber).

Once there, however, they run out of money and, thanks to Ruth’s green thumb and the help of a lanky dude named Skor (Kirkland Doiron), they start working at what they don’t realize is an illegal grow-op run by Skor’s grumpy employer, Cinnamon (Jamillah Ross).

Naturally, complications ensue, in the form of a rival drug-dealing duo as well as Hannah’s jealousy over Ruth’s sudden popularity with Skor.

While Matt Murray’s book is cleverly constructed, equally funny and heart-tugging, the rival druggies plotline is at times so over-the-top that it descends into ick territory. They’re just not interesting enough antagonists. (I thought the same thing when I saw the show in development at Theatre Sheridan’s Canadian Music Theatre Project).

Colleen Dauncey and Akiva Romer-Segal’s catchy songs are a delight, whether they’re affectionately sending up the inherent sexism in Amish culture, establishing the siblings’ unbreakable bond or celebrating the possibilities of women in the new millennium.

Director Steven Gallagher gives emotional clarity to each scene, from big production numbers to intimate moments. And the gifted cast, many of them up-and-comers, will have you checking the program notes to find out where you can see them next.