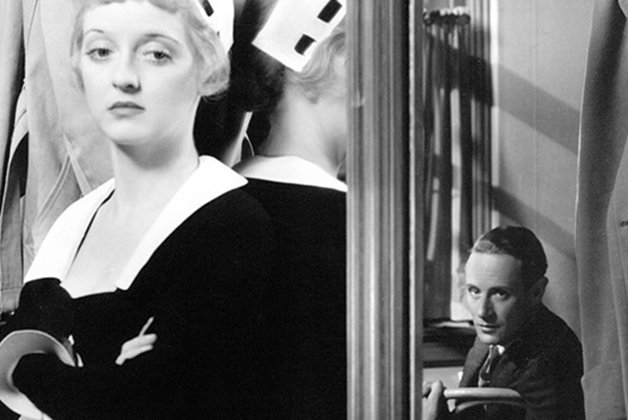 came out on top.|Red One's production of The Skriker struck gold this year.|Sergio Di Zio and Melissa D'Agostino pulled off the Motherfuckin' Hat trick.|Brendan Gall and Lesley Faulkner made us breathe uneasily in Lungs.

Philip Carey, the central figure in Of Human Bondage, is caught between two worlds: medicine and art. As he notes early on, “medicine is boring but useful, art is beautiful but impractical.”

Vern Thiessen’s fine adaptation of the W. Somerset Maugham classic is clear about the two pulls on Philip (Gregory Prest), but there’s an overriding magnet in his life — the enticing Mildred (Michelle Monteith), who becomes his obsession.

Director Albert Schultz swirls the play’s filmic action around Philip, scenes bleeding into each other excitingly as we follow the adventures of a hero made shy and insecure because of his club foot.

An almost Dickensian group of figures intersect with Philip, from music hall singers and physicians to businessmen and various women drawn to him. The medical world is represented by his teacher, Tyrell (Oliver Dennis) and fellow students Griffiths (Jeff Lillico) and Dunsford (Paolo Santalucia), while the artistic is represented by the poet Cronshaw (Dan Chameroy) and the painter Lawson (Dennis).

It’s here that the production stumbles a bit, for while we get a strong sense of the medical people in his life, the artistic side isn’t as well fleshed out.

But that’s a minor problem in the play’s rich world, with Prest an engaging figure even when we want to slap Philip for returning to Mildred yet again. His smile of happiness at play’s end includes an awareness of life’s inevitable disappointments.

Monteith has an even harder job: making her character more than a shrewish manipulator. She does it by suggesting that Mildred is, in her own way, as subtly addicted to Philip as he overtly is to her.

Also memorable are the two women who offer Philip warm alternatives to Mildred: the forthright penny novelist Norah (Sarah Wilson) and the diffident but free-thinking Sally (Courtney Ch’ng Lancaster), both embodying the independent woman starting to appear on the London scene at the start of the 20th century. I wish that Raquel Duffy had more to do, but she makes an impression in a brief appearance as a stage diva who changes Philip’s life.

Lorenzo Savoini’s intentionally sparse set makes great use of picture frames – this is, in part, a tale of the observer and the observed, with a great number of tableaux vivants – and his atmospheric lighting is another plus, while Erika Connor’s costumes locate us both in terms of period and class. Mike Ross’s soundscape, which includes the sounds of a teashop, a double bass, a theremin and dance hall songs, is, as usual, creative and just right.