Oil drills into big truths about greed, technology and humanity 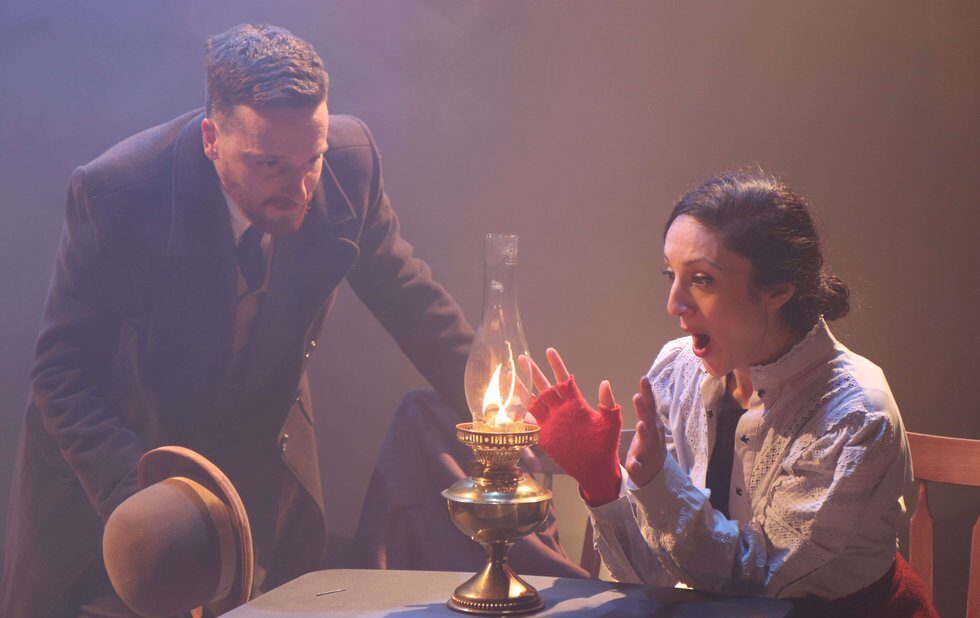 A frequently dazzling chronicle of petro-imperialism, female ambition and intergenerational conflict, English playwright Ella Hickson’s Oil spans over a century and a half, beginning in the late 1800s before ushering us to a near future when our dependence on the play’s titular resource has met its inevitable end.

As the five-part epic catapults over entire eras, so do its two central characters, May (Bahareh Yaraghi), whose journey takes her from a life toiling on a Cornwall farm to employment as CEO of an international oil company, and her daughter Amy (Samantha Brown), who forges her own professional path in defiance of her mother’s ruthlessness and cynicism.

Personal dramas that transpire in Tehran in 1908 continue in Hampstead in 1970, though it seems only a decade or so has transpired. It’s a sly conceit, one that pays dividends as the super-narrative of the oil industry’s rise and fall is contained within the private narratives of two compelling, flawed individuals.

Though first staged in 2016, the play’s resonance with contemporary concerns, such as the rise of nationalist sentiment, has only increased. Oil’s theme of having one’s own things, for example, extends from domestic spats to the gross exploitation of both women’s bodies and entire nations, while its critique of our ecological negligence doesn’t fail to implicate even feminist interests: one scene features some pointed lines about the use of oil in the manufacture of contraceptives.

Staged by ARC, Oil’s Canadian premiere is in good hands. Co-directed by Aviva Armour-Ostroff and Christopher Stanton, ARC’s production is fleet, spatially dynamic and well-acted. Yaraghi navigates a tricky trajectory involving moral compromises, aggressive single-mindedness and enduring maternal love with impressive coherence. And special mention should be made of Courtenay Stevens, who, cast in multiple roles, makes a wildly entertaining transition from a rapey imperialist douchebag with a chronic overbite to a cheerful roller skating teenage hippie doofus.

The show is not, however, without its clumsier elements: the one aspect of Jackie Chau’s set design that remains fixed throughout the play is the gooey crude dripping from the top of the backdrop and creeping up from its bottom. To be fair, this incessant visual reminder is no more overstated than the didactic conversation between May and Amy in Part IV, which unfolds in a Kurdish oil field.

There’s also the dubious choice to used a canned voice-over during transitions, as well as the weirdly selective deployment of accents: characters from Middle Eastern and North African countries are referred to by Oil’s most grotesque character as “savages” and speak with accents the central characters, all of them Brits, do not.

Oil’s final part is, happily, its most satisfying. Set in 2051 and best pitched as Samuel Beckett meets Grey Gardens, it finds May and Amy back where they began (but worse for wear), longing for comforts in a cold, cruel world, tempted with novel innovations and reiterating one of the play’s earliest queries: “Why is it you think you should be warm when the sun isn’t shining?”

The answer, though never spoken, isn’t simple, involving not only shortsightedness and greed, but also our most primal instincts: a fascination with the wonders of new technology and the desire for a better life.