ORALTORIO: A THEATRICAL MIXTAPE by Motion and DJ LOqenz (Obsidian/Soulpepper). At the Young Centre for the Performing Arts (50 Tank. 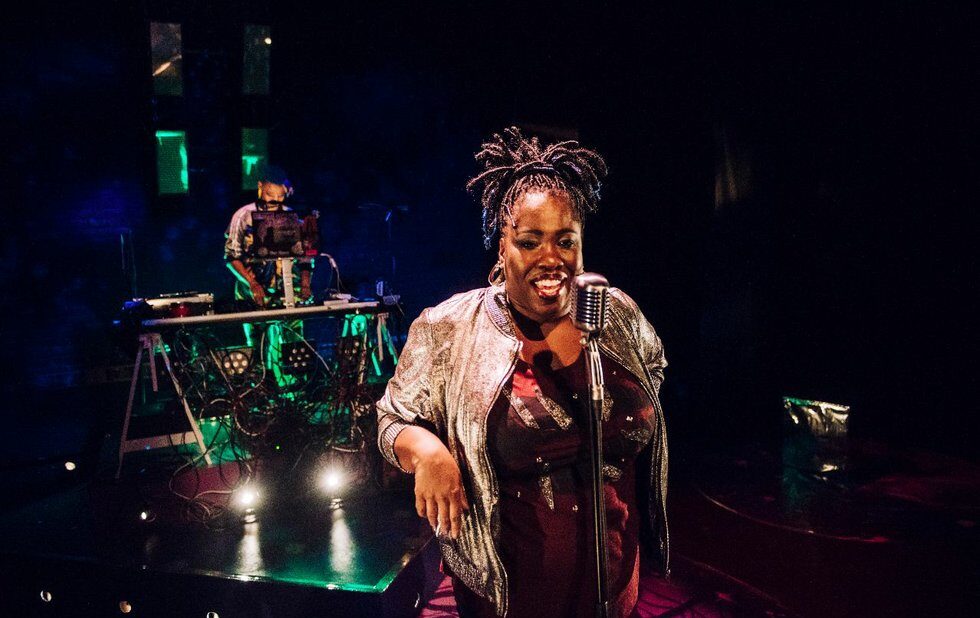 Is a psychedelic romp through Black consciousness enough to put the soul in Soulpepper? Oraltorio stars DJ LOqenz and Motion, two women who use hip-hop and spoken word to tell a story thats seldom heard that of the Black woman.

But this isnt your moms negro spiritual. This is loud, in your face, uncompromising pro-feminist Black expression. Salt-N-Pepa aint got nothing on this duo.

Its not all song and dance, though. Director Mumbi Tindyebwa Otu seems to be telling us: if youre going to enjoy the bodies and music of Black folk, you also have to know how it really is. Police headlights laser into your corneas as the sound of gunfire erupts and youre told not to resist. The entertainment is juxtaposed with traumatic experiences people of colour will be all too familiar with. Suffice it to say, on opening night, white people in the audience looked shook AF, which is the point.

But the visuals are never overwhelming, serving only to amplify what is happening. Dont get too lost in the music or you might miss one of the many coded jokes. The revolution wont be televised its happening live at a theatre near you.