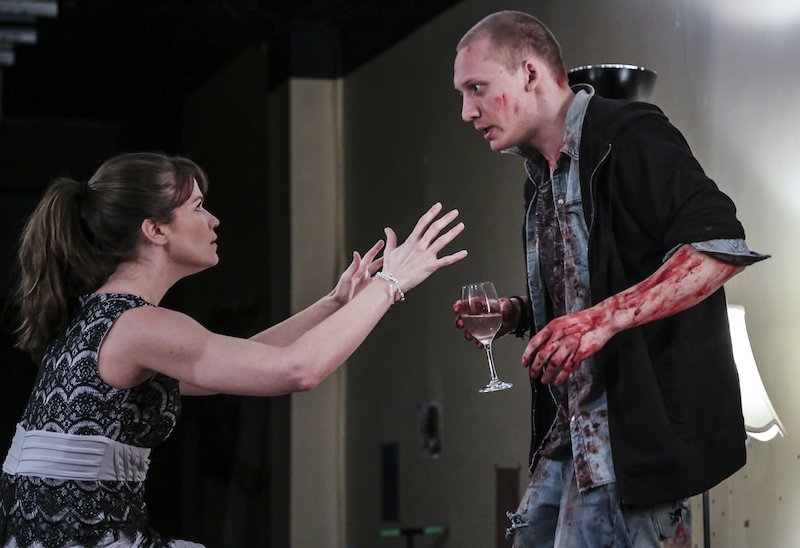 Diana Bentley and Tim Dowler-Coltman have blood on their hands in Orphans.

The juxtaposition of terse domestic drama and shocking violence is intentional think Harold Pinter meets Quentin Tarantino. As Liams story about what happened unspools, it becomes clear that something isnt quite right. Holes appear in his narrative which begins with an account of how he was helping someone who had been injured and soon our sympathies, and the characters, start shifting.

Its best not to give too much away, but its worth noting that Helen and Liam grew up orphaned and Helen has always felt protective of her brother. Its a shame theres not more about Helens relationship with Danny, who, judging from his posh accent, hails from a different class.

But as the woman torn between one family and another, Bentley is marvellous, suggesting lots of subtext and conflict beneath her words. And Flemmings Danny, after hes pushed into action, is fascinating to watch.

Morriss clean and unfussy production doesnt provide any pat solutions – either to the characters dilemmas or the larger social situation. But it will make you think about the disturbing and pressing questions.