NowMagazineCultureTheatreOutside the March, Crow’s Theatre riff on classic movie posters for The Flick

Outside the March, Crow’s Theatre riff on classic movie posters for The Flick 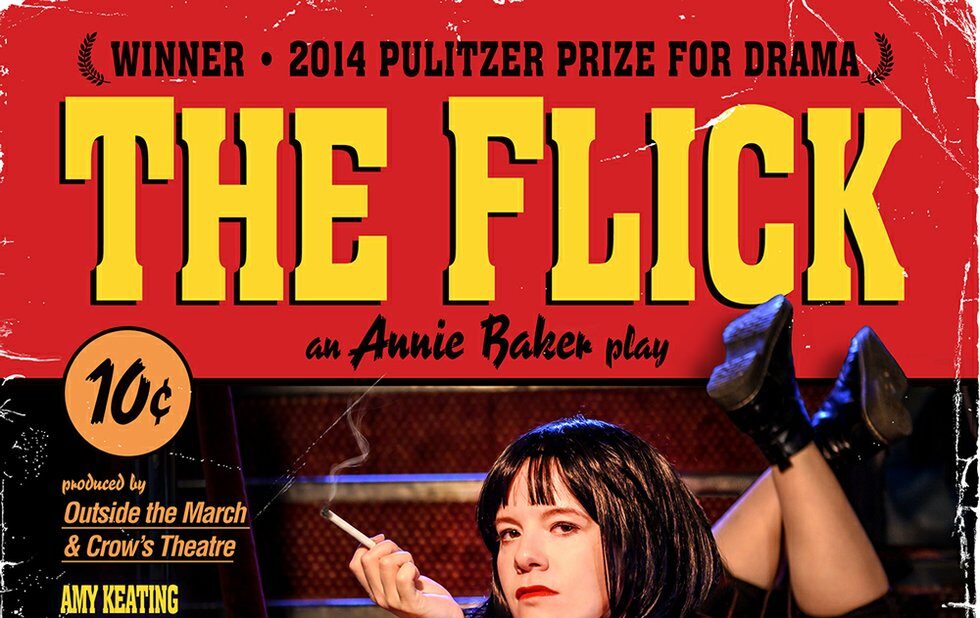 Outside The March & Crow's Theatre

Outside the March and Crow’s Theatre have got a cast and teaser posters for their fall production of Annie Baker’s Pulitzer Prize-winning play, The Flick.

Actors Amy Keating, Colin Doyle, Brendan McMurtry-Howlett and newcomer Durae McFarlane star in the fall production, playing minimum-wage employees wasting away in a single-screen movie theatre that still projects in 35mm. In a statement, Outside the March’s artistic director Mitchell Cushman – who will direct – describes the critically acclaimed off-Broadway play, which has a notorious three-hour runtime (plus intermission), as offspring to Empire Records and Waiting For Godot.

The new posters, which you can see below, throw back to 80s and 90s movie classics like Back To The Future, Goodfellas and Braveheart. Keating dons Uma Thurman’s pose in a nod to Pulp Fiction’s poster (above). Appropriately, The Flick will begin its month-long run on October 6, a week before Pulp Fiction’s 25th anniversary.

With installation design from Anahita Dehbonehie, the Streetcar Crowsnest will be transformed into The Flick Cinema, an immersive experience not unlike Outside the March’s current escape room set up at the old Queen Video location on Bloor West, The Tape Escape. Both The Flick and The Tape Escape make up Outside the March’s Popcorn Double Feature, coinciding with the company’s 10th anniversary season.

Check out the other fake movie posters below. 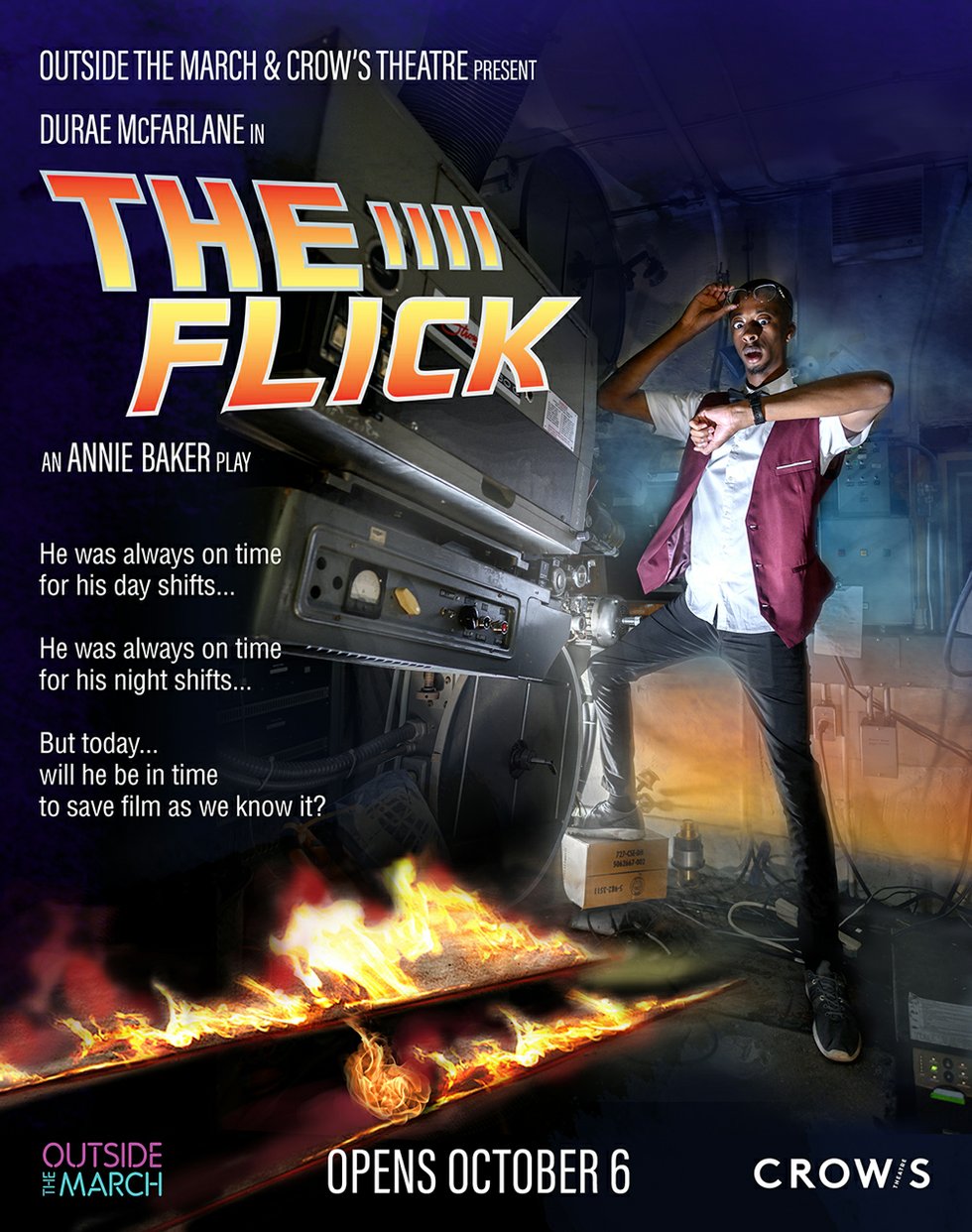 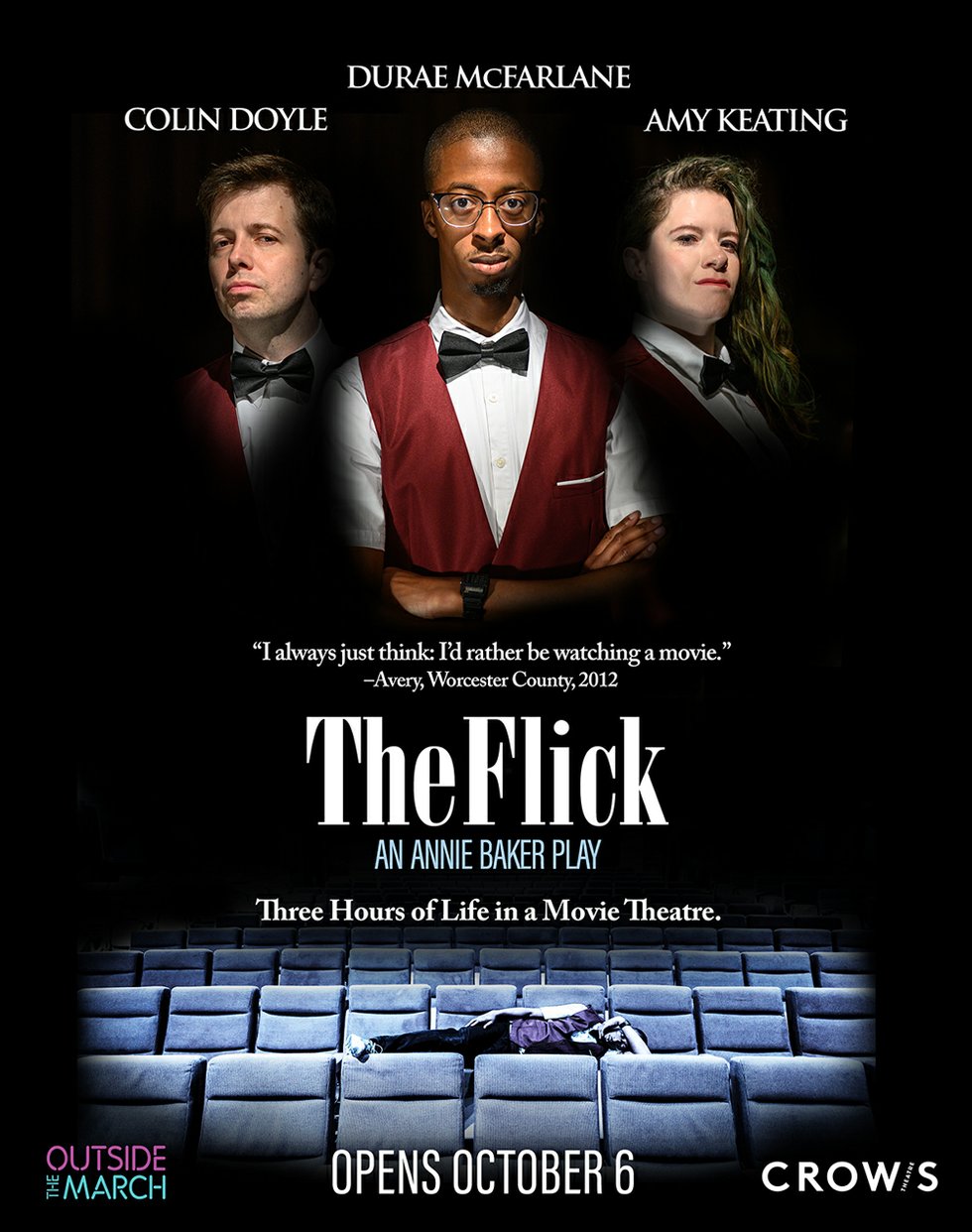 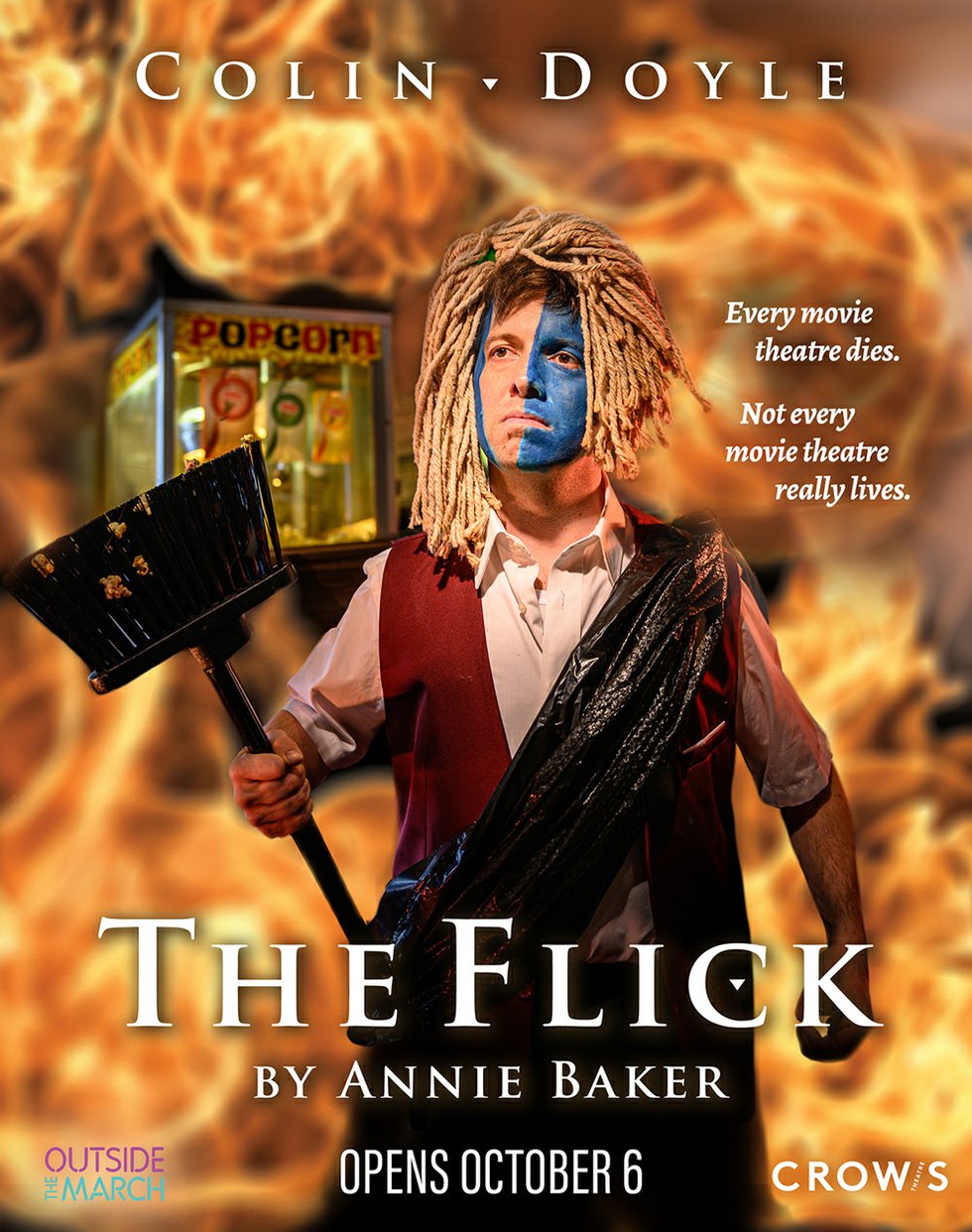