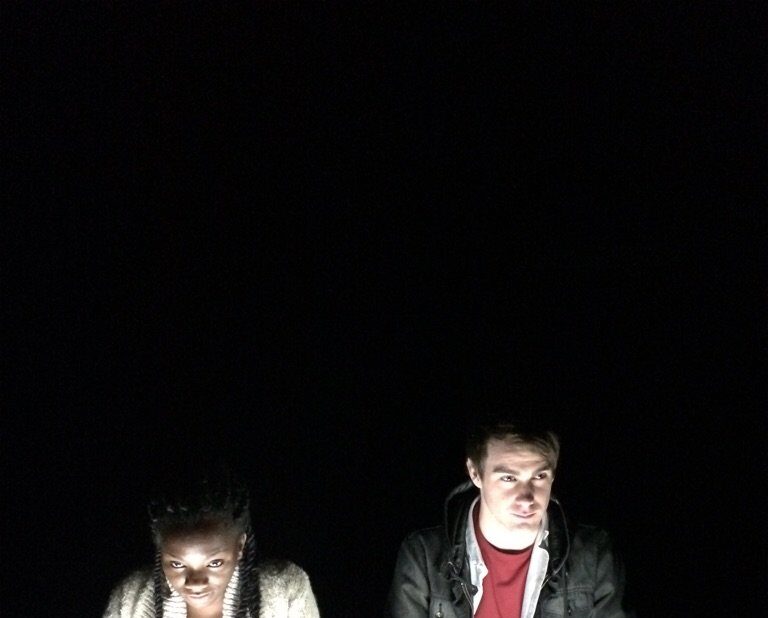 P@ndora is unlike almost any show I’ve seen at Young People’s Theatre. Dealing with a teen’s sexual urges and the sense of shame she has because of those desires, the show is barefaced and unapologetic in its language and themes.

Yet it’s also poetic, suggestive and nuanced, a clever variation on the Greek myth of Pandora and her monster-filled box.

You won’t be surprised about that unusual combination of elements if you’ve seen other works by Quebec playwright Sarah Berthiaume Canadian Stage presented The Flood Thereafter and Yukonstyle a few years ago. Blending surreal incidents and everyday reality, Berthiaume’s writing is intriguing and thoughtful, never going where you expect it to.

P@ndora, translated by Nadine Desrochers, presents the outer and inner life of Pandora (Bria McLaughlin), a high schooler who has a shy crush on Alex (Sean Colby), a guy who fills his blog with short stories that end unhappily. One day in the washroom, she meets an unseen perv – her word – who hands her a lighter embossed with the website foxylady.com.

She later meets the figure who gave her the lighter: Firefox (Colby), a red fox who both fuels her desire and stokes her sense of shame about her body and her cravings. Calling her “chickie” and labeling her a slut, he feeds those opposing feelings of interest and disgust he seems to have Pandora hooked.

When she’s with Alex she’s tongue-tied, unable to make the connection she wants despite the rom-com alternatives in her head. After she leaves him suddenly at a party when a spreading black stain appears on her crotch, she isolates herself but can’t keep Firefox away. The show’s open-ended resolution relies on confrontation and self-acceptance.

Berthiaume’s writing is strong, Pandora’s narrative alternating with Alex’s blog stories, sensual tales whose elements finally coalesce into a portrait of Alex herself. Dream and reality also blend, so that at times we’re not sure whether what we see is going on in Pandora’s mind or the outside world. The engaging McLaughlin and Colby make the action believable, no matter where it occurs.

Directed and presented at YPT by Youtheatre’s Michel Lefebvre, who commissioned the work for his Montreal company, the show is visually strong, too. Lefebvre provides the scenography, while Guillaume Lévesque’s unsettling sound design and Martin Sirois’s lighting are powerful. The lighting, relying on hand-held tablets and various tones of fluorescent illumination placed on the theatre’s floor and ceiling, defines the play’s disquieting world as carefully as the script does.