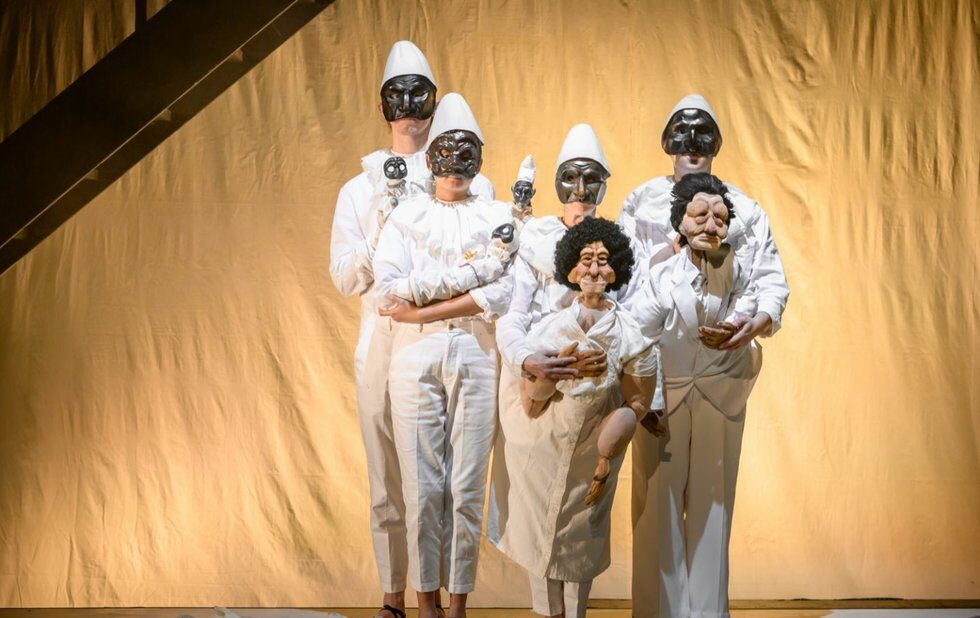 Bad New Days ambitious collaboration offers a thoughtful and often touching story about memory and identity, revealing the unlikely possibilities within commedia dellarte but falling short of its target.

Adam Paolozza tells us he had only begun delving into his Italian heritage when his father had a stroke. What follows is a surreal, often hilarious and at times heartbreaking montage of Paolozzas memories some first-hand, some pieced together from stories.

Both the masks (designed by Paolozza) and the beautifully crafted puppets (designed by Jesse Byiers and Graeme Black Robinson) allow the performers to play with stereotypes without seeming jarring, while the script offers enough detail to avoid being kitsch (one memorable scene illustrates how Paolozzas Italian grandfather would strategically blow smoke then chuckle when others coughed).

Despite one or two uneven accents, the actors (Christina Serra, Matt Smith, Maddie Bautista, Eduardo Dimartino and Paolozza) are strong and unified, shifting easily between performing, acting as stagehands as they shift screens back and forth to present vignettes, creating effects, and collaborating on choral movement.

Kari Pederson and Paolozzas direction make creative use of the space, staging some scenes on raised staircases, and vignettes that progress farther upstage.

Allie Marshalls set consists of large white sheets echoing the white cotton costumes of the performers, and covering the stage floor and back wall. Lines of bright white cotton clothes are hung decoratively across the set all the way up to the ceiling, illuminated by Andre Du Toits simple but beautiful lighting design. While visually striking, the atmosphere is robustly sensual, especially as an unnamed chef to the side of the action makes coffee and grills garlic and tomatoes.

Throughout the show, Paolozza interjects his thoughts about his past, present and future, offering sincere if overly intellectualized personal reflections amid the more intense, magnified feeling of the action. These thoughts give the impression the show is coming from his perspective, but this isnt borne out in the action. Instead, the show feels like a therapy session in which an issue gets talked around but not addressed.

The production achieves moments of humour and poignancy but Paolozzas narration doesnt provide the necessary emotional unity it seems designed for.

The core concept holds a lot of promise but this production doesnt completely deliver.