NOW MagazineCultureTheatrePoison is potent and powerful

Poison is potent and powerful 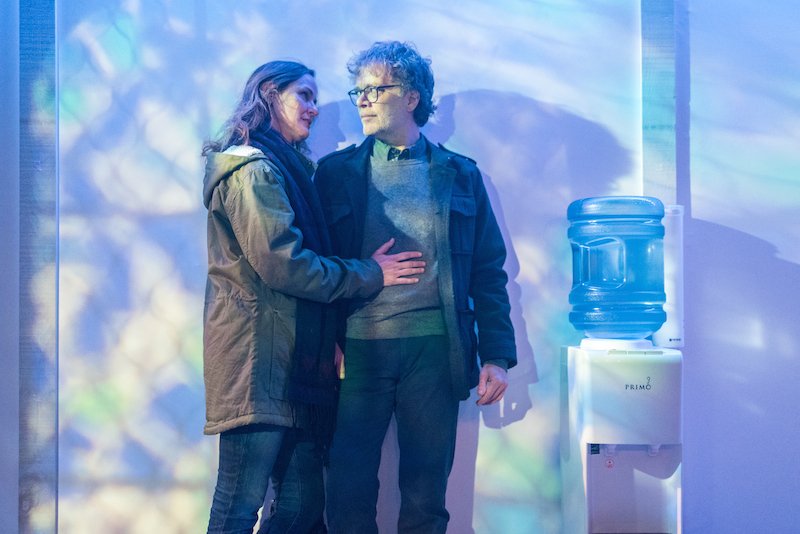 Fiona Highet and Ted Dykstra's performances seep into every crack and crevice of this devastating drama. (Photo by Dahlia Katz)

Fiona Highet and Ted Dykstra's performances seep into every crack and crevice of this devastating drama. (Photo by Dahlia Katz)

Resentment is like drinking poison and waiting for the other person to die.

Poison includes this quote by St. Augustine in its program notes. Its wise, weighty and direct in short, an apt summary for Coal Mine Theatres superb production.

In Poison, the venom in question is both literal and metaphorical. An unnamed man (Ted Dykstra) and woman (Fiona Highet) meet for the first time in a decade to discuss a section of contaminated land. Though they say time heals all wounds, its clear that the source of their pain isnt far beneath the surface.

Its the type of drama that could easily devolve into a blunt-force free-for-all, but its execution has far too much grace and artistry for this to happen. Poison is about dealing with the fallout of deep grief, and the play is full of complex emotions too fine for broad strokes.

Lot Vekemanss script is the crucial foundation here, slowly revealing the intricate connections between each emotionally loaded fragment of plot and character. She trusts her style enough to make brave choices, including long silences and even the occasional empty stage.

Director Peter Pasyk makes the most of Vekemanss keen sense of timing. Sometimes its a slow drip, while other moments are almost too painful to endure. But the pain is never gratuitous. The emotions felt both onstage and in the audience are necessary to understanding the pair’s fractured relationship.

Dykstra and Highet navigate the dialogue with precision their performances seep into Poisons every crack and crevice to find alternate elements of grief like incredulous humour that bring a depth and maturity to their roles.

Patrick Lavenders amorphous waiting room set feels like a limbo between life and death, where the final act of penance for these nameless characters is the seemingly impossible task of letting go.

Another quote from the program notes reminds us that theres poison in both a virus and its antidote. The only difference is how much of it we take. Poison gives us just enough to remind us that our pain also holds the key to our recovery.