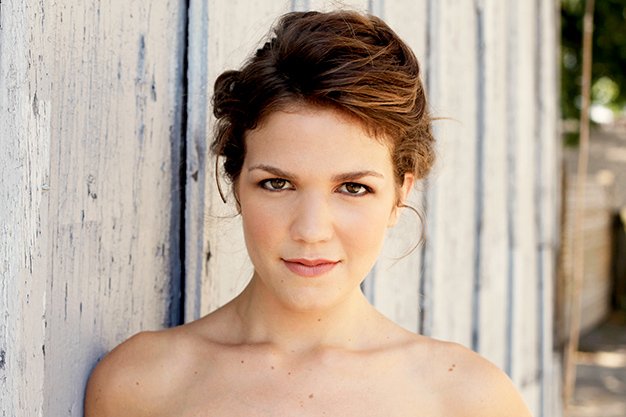 Think The Apprentice is cut-throat and nasty?

Check out what happens in Bull, in which three team workers learn one of them has to be fired from a company thats downsizing.

Written by Mike Bartlett (Cock), the play pits Tony, Isobel and Thomas against each other. And nothings easier and more effective than to have two of them gang up on the third. Its Thomas whos the odd man out as Tony and Isobel gang up to push him over the cliffs edge in a cruel, bullying manner.

In many ways this is a terrifying script, given what the characters do to each other, admits Diana Bentley, who plays Isobel in the Coal Mine production. But I had to get into Isobels head and understand that she doesnt see how she treats others as horrible.

In fact, she finds her actions to be normal and right. In behaving in a cold, calculating way shes removing her own key weaknesses: vulnerability, emotion and the imperfection she loathes in other people. Shes strong and tough, and I admire that, but her other qualities are upsetting.

Its scary to get into that headspace, acknowledges the actor, who runs the Coal Mine with Ted Dykstra, looking as others as annoying, ugly, not good enough. The loving and healthy part of me sees it as gross, but we all have a part, however small, that responds to destruction and viciousness.

Isobel is the only woman in the show, and Bentley sees her reacting to not being treated as an equal to the men.

Shes repeatedly called a bitch and seen as not being sexy the men use anything to belittle her. But she retaliates, handling her feminine power as a weapon, a way of saying fuck you, no ones going to treat me like that.

Isobel uses Tony, Thomas and Carter, their boss who appears partway through the play, for her own ends, drawing on everything in her tool kit: sexuality, charm, a sense of humour and playing one man off against another.

She turns out to be the alpha in the room, though Tony is the head of the work team and technically the top dog.

And how does Carters entrance change the play?

Tony and Isobel are such chameleons that they can easily shift from their earlier taunting games with Thomas to being submissive, polite, well-mannered and well-presented. Even their language changes they speak a new office tongue like obedient little schoolchildren.

Thomas, of course, isnt so facile. The adult bullying the play deals with questions how much the victim participates in his treatment. How responsible is Thomas for what happens?

The script calls for a staging that has the audience watching the actors work in a kind of pit, but director David Ferrys gone further, putting a net around the action in the style of an Ultimate Fighting Championship.

If you caught the first show at the Coal Mine, Bob Kills Theatres excellent The Motherfucker With The Hat, you might expect Bull to be full of explicit language. Its not, but it moves at as fast a pace.

These people think so quickly and their tongues are lightning swift and sharp. Expect a dark comedy expressed in British slang. Were thinking of it as the original version of The Office meets David Mamets Glengarry Glen Ross.