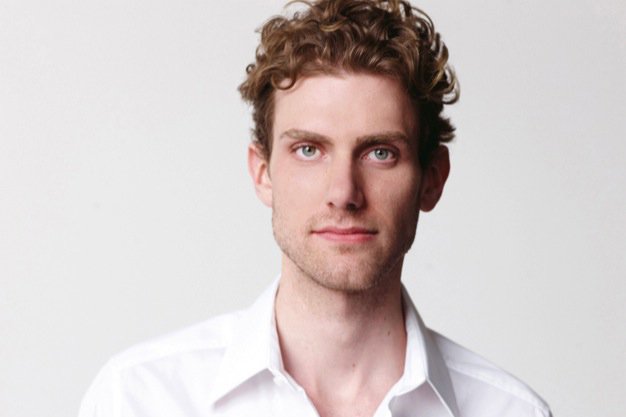 Nick Green hopes the play gives younger queer people a sense of how their lives have been shaped by history.

Canadian queer history would have been different without the Body Politic (BP), the seminal gay magazine published between 1971 and 1987.

Founded as a collective, the BP, with the help of those it mobilized, faced and fought legal obstacles and confronted those who opposed the views it held.

Playwright Nick Green puts the BP’s history onstage in his new play, which follows the birth and demise of the periodical. He folds that story into a present-day framing tale in which one of the founders recalls his past for a young man he’s picked up.

“I leapt at the chance to write it,” says Green, whose previous work has often focused on queer issues. “In my research for the Edmonton show, the BP was a resource I used to access the queer climate at the time. There was little else around, in fact, and I was struck by how queer history came to life right there on the microfiche in front of me.

“I could track a whisper of information becoming a significant part of the evolution of queer rights.”

Green also spoke to some of the BP founders, and the characters he created are an amalgamation of various people instrumental in the publication.

The frame, which features the older Phillip and the 20-something Josh, was trickier to shape.

“It was tough to decide how to tackle a subject that takes place over 15 years and includes hundreds of people. The frame allows for a context, since we realize over the course of the play that Phillip is having a dark night.

“Something happens in his exchange with Josh that transports him, against his will, to an earlier time when he felt vital and engaged, qualities he sees in the younger man. Though their relationship is in the present and Phillip tries to make it a distraction for himself, he’s in fact forced to face down some deep and difficult feelings.”

In terms of the BP’s history, Green focuses not only on the founding of the paper, but also on the 1977 article Men Loving Boys Loving Men, which led to a raid of the BP office and a court case, and the 1981 Toronto bathhouse raids.

“The idea of the LGBTQ community is important to me,” he emphasizes. “Various segments of the community came together for those two events. The raid and trial got a vocal response from queer and straight political people, including Margaret Atwood, which got the community lots of press.

“The bathhouse raids were catalytic in terms of Canadian queer history. The demonstration that followed, fostered by collective members, brought out all stripes of queers and their allies: the club crowd, the politicos, those newly out, family members and friends.”

The playwright hopes that Body Politic will give younger queer people a sense of how their lives have been shaped by history.

“The intergenerational dialogue between Phillip and Josh is key here,” he says. “It’s not just a way to present different periods of gay pride, but also allows a discussion about a complicated and significant relationship.

“I hope the play engages people, suggesting the potential for various conversations that can exist between the past and present, that can inform where the community is now and where it can go. There’s still more work to be done.”