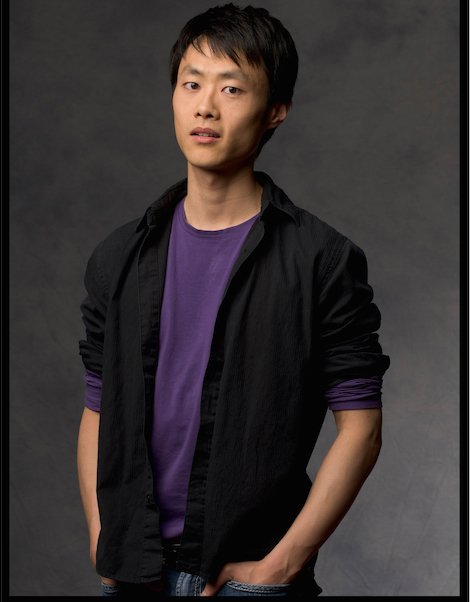 You’d probably not expect a romantic dramedy about race relations to play out in Breakneck, Wyoming, population 1,000.

But that’s where Michael Golamco sets Cowboy Versus Samurai, an unusual take on the Cyrano de Bergerac story. In that scenario, a shy guy gets a male friend to write romantic letters to a woman they both find attractive, though the writer never reveals his own desire to woo her.

In Golamco’s play, the writer is Travis, a Korean-American schoolteacher whose friend, Del, the local phys ed teacher and white, gets tongue-tied around Veronica, another Korean-American who’s just moved to town from New York City and makes clear her preference for Caucasian boyfriends.

“Travis starts out with a weight on his back,” says Jonathan Tan, who plays the part in his Soulpepper debut. “He loves being in a small town after life in L.A.’s fast lane, but there’s a romantic secret in his past that colours his actions.

“He’s a guy who wants to prove that race isn’t an issue for him. If he can make it in a small cowboy town, he tells himself, he’s the same as everyone else skin colour doesn’t matter.”

Travis thinks differently from his friend Chester, who’s militantly Asian and the self-proclaimed head of the Breakneck Asian American Alliance, which numbers two members: Travis and himself.

“While Chester feels there’s no one like him in town and yearns for an identity, Travis takes his identity for granted. The play talks about the idea of race from those two different angles.

“I actually auditioned for Chester,” recalls Tan, who’s spent several seasons at the Shaw Festival. “That kind of comic relief figure is very much in my wheelhouse, so it’s a good challenge to play Travis and have to deal not only with Chester and Veronica but also Del, who originally revealed a touch of racism when Travis moved to town but now is a close friend.”

“This is the first time I’ve played an Asian character. At first that struck me as odd, but then I realized that Travis doesn’t define himself by race.

“When I was in theatre school, I found it difficult to find a Canadian monologue that worked for me I didn’t identify with any of the characters. And after I graduated, I knew I didn’t want to do things like The Mikado and The King And I but instead sought other kinds of roles.”

Happily, some directors saw his talent and gave him parts others might have withheld. Jackie Maxwell provided various roles at Shaw, including Smee in Peter And The Starcatcher, while Allen MacInnis cast him as a Scottish shepherd in The Princess And The Handmaiden.

“I’ve had outrageous fortune getting so much theatre work, both in musicals and straight plays, but the diversity issue is still an important one. It’s more than a matter of token casting.

“Nor am I sure the word ‘diversity’ is the best to use in talking about representing everyone onstage. [Theatre artist and musician] Tanisha Taitt uses the term ‘inclusiveness,’ which has a togetherness that I prefer.”

“As I sat there, I thought the piece was the most Canadian show I’ve ever seen. It offers the audience, people from any background, the biggest cries after the biggest laughs. As in Golamco’s play, viewers are softened up by laughter and can better look at more serious issues.”