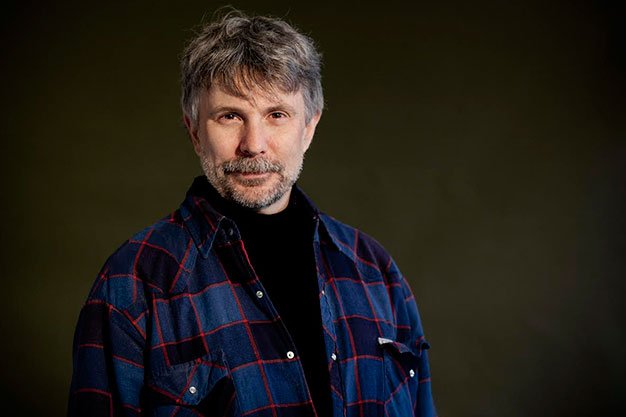 You might think that theoretical physics and classical music are worlds apart, but in Hannah Moscovitch’s Infinity, they harmonize in an intricate duet that embraces concepts of family and love.

The play’s characters are a husband and wife, Elliott and Carmen, he a theoretical physicist and she a composer. Sarah Jean, their daughter, is a mathematician who has trouble relating to the men she dates.

The script grew out of a workshop sponsored seven years ago by Volcano Theatre’s Ross Manson. The improvisational process involved musicians, designers, choreographers, actors and Moscovitch, who had just achieved success with one of her early works, The Russian Play.

“I had just read an article on the history of timekeeping,” recalls Manson, who directs this production, “about how time itself affects us as a species. It was rich territory, and a few years later physicist Lee Smolin, who became our scientific advisor on the show, published a new theory of time, one that directly affects the play’s ideas.

Don’t worry if you don’t know much about physics it won’t affect your appreciation of Moscovitch’s play, which looks not just at the sometimes prickly marriage between Elliott and Carmen but also Sarah Jean’s ability to connect with others, including her parents.

“Elliott devises a new philosophy of physics that suggests that the future is no longer predetermined instead, it’s an open field, which has beautiful ramifications in terms of human philosophy and relationships.”

Smolin, who happens to love theatre, helped shape the character of Elliott. In a similar fashion, composer Njo Kong Kie had a hand in the creation of Carmen and her music.

“His compositions are similar to those of American minimalists like Philip Glass and John Adams,” says Manson. “It’s a style that suits the world of this play, which explores time in a musical way. In his melodies, played by violinist Andréa Tyniec, the time signatures are constantly changing the audience will be aware of the music’s rhythmic surprises and complexities.”

“The latter two are ways that humans contend with the universe. Nature is, after all, always impenetrable and mysterious, and physics and music are ways in which we try to uncover that mystery.

“In Infinity, a family story is embedded in this conceptual framework. We watch how that family operates and how various elements affect its members. Linked to this is how things are transmitted across time and generations, whether or not we can change the direction of our lives.”

The director doesn’t stop at science and music as his creative sources. Choreographer Kate Alton has worked with the actors on transitions between scenes and a dance in the play’s middle.

“The play is mostly naturalistic, but it has other aspects, too. Choreography offers, through movement, a way to speak deeper truths than text can. Like music, movement can go to a level beyond words and show something striking about a character.

“I’ve always been fascinated with putting onstage a truth that goes beyond text, discovering means to convey information that are off-text [communicating in ways other than words] or subtextual. The result is a lexicon that the audience can connect to without being aware of what’s happening. As a theatre-maker, I find that kind of investigation a powerful creative tool.”