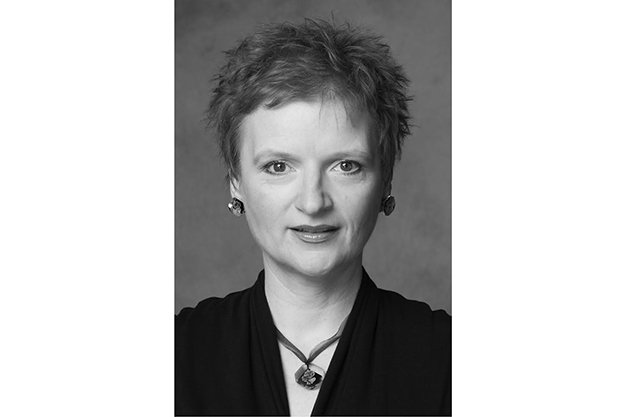 Though you probably know that Henry VIII had six wives, the only one who likely comes to mind is Anne Boleyn.

But Henry’s final wife, the little-known Katherine Parr, who outlived her royal spouse, was a crucial figure in his last years and arguably the woman who helped set the course of the English nation for the decades that followed his death in 1547.

Katherine and Henry are central in Kate Hennig’s new play, The Last Wife, which follows Henry’s final years and Katherine’s efforts to see that his children by previous marriages, Mary and Elizabeth, be accepted as family, with all that such acceptance entailed, including being in line to the throne. Previously the two girls – Mary’s mother, Catherine of Aragon, was Henry’s first wife, and Elizabeth (who became Elizabeth I) was Boleyn’s daughter – were rejected by their father.

Though its events are historical, the work, getting its world premiere at the Stratford Festival under Alan Dilworth‘s direction, has a contemporary feel. Its themes include a woman’s attempt be wield power, a love affair held in check and the manipulative struggle for control that can occur in any family, five hundred years ago or today.

The idea for the show, which the playwright terms “an imagining of history,” began when Hennig was performing in Billy Elliot in Toronto.

“It was 2011 and the events of the Arab Spring were unfolding,” recalls Hennig. “I watched all those autocratic despots in their Middle Eastern regimes exercising their military might, always surrounded by men. I wondered where the women were, what was happening to the wives and daughters.

“I knew I couldn’t write about the Arab Spring so I looked around for a similar situation of male control in my own cultural legacy and settled on the story of the Tudors. Reading about Henry’s wives, I came upon Katherine Parr and wanted to know more about this woman, who most likely had an enormous influence over the young Elizabeth and been a surrogate mother for her.”

Hennig spent years researching Tudor history and continues to do so she’s already working on another play that involves Elizabeth before she was crowned.

“There’s a real joy in digging up a story about an unbelievably accomplished woman we know so little about. Why? Why? Why? How many people remember the name of George Clooney’s very talented wife, a high-profile human rights lawyer?” (It’s Amal Alamuddin.)

The playwright – who’s also a wonderful actor and respected teacher – felt right about taking the historic material and giving it a creative turn, resulting in a play that echoes today’s world.

“Part of my feminist philosophy concerning history is that most of the stories about women have been written by men. One of the most famous current English historians is David Starkey, who flatly negates Katherine’s participation in and achievement of anything. That viewpoint, one in which women aren’t allowed to be key movers in our history and culture, infuriates me.

“So sometimes we have to write our own history. That’s what I’m doing, devising characters who are centuries old, but I believe that women are women, now or then. Back in the 16th century women couldn’t own property and had no potential for political advancement, but that doesn’t mean they had no influence.”

We see her Katherine (Maev Beaty) frequently sparring with Henry (Joseph Ziegler), pushing an agenda but being careful not to misstep with a ruler who had already beheaded two of his wives.

“The idea of that arguing, which I show in private, comes from history,” says Hennig. “There were witnesses at court genuinely shocked at how Henry and Katherine bandied words. No one else would dare speak to him with such clarity.

“I picked up on that nugget, that she was his equal, his partner, maybe more so than the other wives, though he was very fond of Jane Seymour, his third wife, who has her own place in my story.”

Hennig also includes in her play some speculations about the relationship between Katherine and Thomas Seymour. Theirs was a mutual interest that began before the king met Katherine and continued during her royal marriage. After Henry’s death, she wed Seymour.

“The letters between Katherine and Thomas are absolutely magnificent witnesses to the humanity of these two, their sexual nature as well as their jealousy. Their love story is rich and twisted.”

“That’s the core of my feminism, I think. Human nature can’t possibly have changed that much in the past six or seven hundred years. What were those women feeling and thinking when they were strapped in a chair and dunked in the river for speaking their minds? How did Katherine deal with the fact that Henry clearly loved their verbal sparring at court, that he enjoyed her company and intellectual conversations, and then could also feel that she might be threatened with death because she had her own thoughts about the Reformation?

“Her own ideas were right out there, and it’s stories like hers that lead me to write other narratives about feminist history, like The Eleventh David, More and Waterworks. I’m fascinated and compelled by the tales of subjugated women.

“I know that women have always been strong and always will be, despite what some people attempt to do to us. That’s why it’s important to connect history with today we think we’ve come a long way, but in telling a story set 500 years ago, I hope to show that the battle is still going on.”