Return of Why Not Theatre's acclaimed bilingual production is a fine example of accessible, intersectional theatre 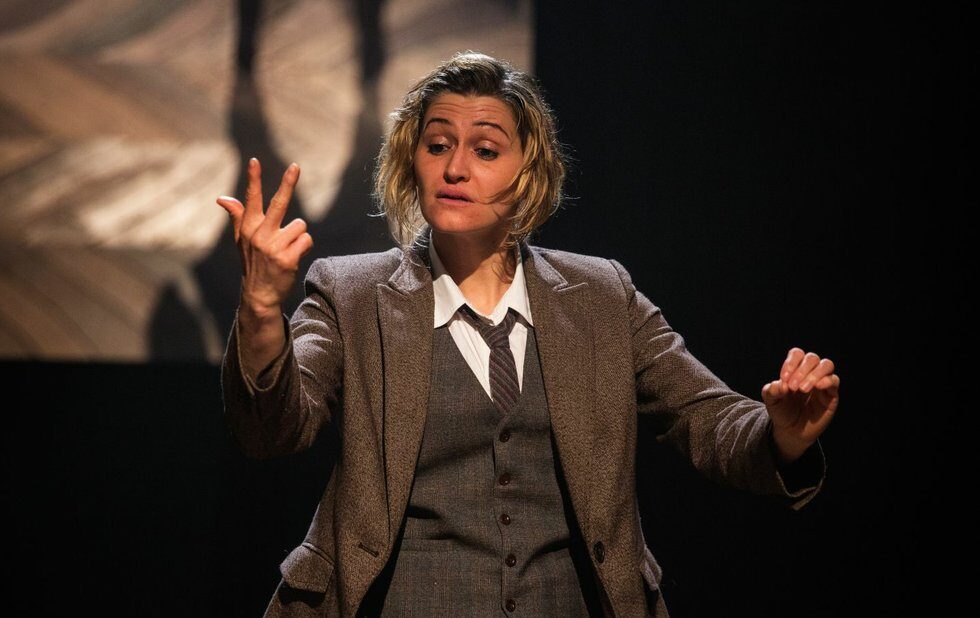 Deaf actor Dawn Jani Birley's Horatio is at the heart of this inventive Prince Hamlet.

From the outset it’s clear that Why Not Theatre’s Prince Hamlet is a boundary-breaking, highly inventive adaptation of Shakespeare’s best-known play.

As a sort of prologue, the nine-player cast emerges from the wings to introduce itself in both English and American Sign Language (ASL), and then the performance commences blending both languages. ASL is not just incorporated to translate for deaf and hard-of-hearing audience members this is a bilingual production.

Adapted by Ravi Jain (who also directs), this modernized Hamlet includes actors from varying cultural backgrounds and often gender-bends the casting. Although Jain has omitted about an hour’s worth of original text, he stays true to the Bard’s tragic story of the brooding Danish prince (played here by Christine Horne) tasked with avenging his father’s death at the hands of his Dad’s brother, Claudius (Rick Roberts). Hamlet also struggles with romantic feelings for Ophelia (Jeff Ho) and resentment toward his mother, Gertrude (Karen Robinson).

At the heart of Jain’s version is Horatio (Dawn Jani Birley), Hamlet’s best friend. The dynamic Birley, who is deaf, acts as a sort of narrator/conductor of the performance and rarely leaves the stage. Her onstage energy is unrivalled and she provides a compelling contrast to Horne’s Hamlet, who is often too sullen.

Roberts and Robinson bring nuance to their performances. The rest of the acting, while impassioned, is uneven and some scenes feel more like recitation.

Thomas Ryder Payne’s sound design supplies an eerie score, and set and costume designer Lorenzo Savoini creates a contemporary look with a bare wooden platform surrounded by mounds of earth, metaphorical throughout and functional during the grave-digging scene. Savoini also hangs three huge mirrors on the backstage wall, allowing Jain to play with perspective. Actors can literally reflect on their own words, particularly fascinating during Roberts’s monologue from act three.

Shakespeare purists may struggle with all these changes, but it wasn’t that long ago that people debated whether accents outside of the UK could deliver Shakespearean verse correctly.

There are snags to work out, but bravo to more accessible, intersectional theatre.