No sedate duel of wits, this version of Private Lives is a battle royal of love and anger 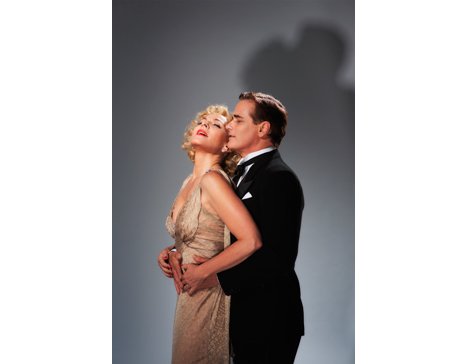 It’s Noel Coward, without reserve. In other words, this production isn’t defined simply by elegant language and gentility.

The strength of Eyre’s production, on its way to Broadway, is the passion between Gross and Cattrall, both in their perpetual fighting and their regular bouts of love-making. This Amanda and Elyot aren’t figures in a witty drawing-room comedy, which is usually the way they’re played they battle full-out and make love with the same zest.

From their first appearances, we see that this Elyot and Amanda have trouble with their new partners. They’re both slightly distracted, wistful over not being with each other, and respond a touch too sharply to affectionate overtures from their mates.

This is a couple who wrangle incessantly when together yet feel incomplete when they’re apart. Battles erupt like volcanoes, seconds after declarations of affection. That’s a bit of a problem in the second act, where that seesawing of emotions happens again and again.

Cattrall and Gross capture the volatile nature of the pair, hot in both their tempestuous love-making and all-out warring, alternately flirtatious and cutting. Part of that volatility comes from uncontrollable jealousy neither can stand to think about the other with someone else.

Madeley and Paisley Day offer finely drawn supporting characters, she a whiner who uses tears to get her way and he a stuffy, patronizing male who, when thrust into a social situation, has the social skill of a two-by-four. They eventually fall into fighting as nastily as their spouses but without – intentionally – the caring that underlies Elyot and Amanda’s battles.