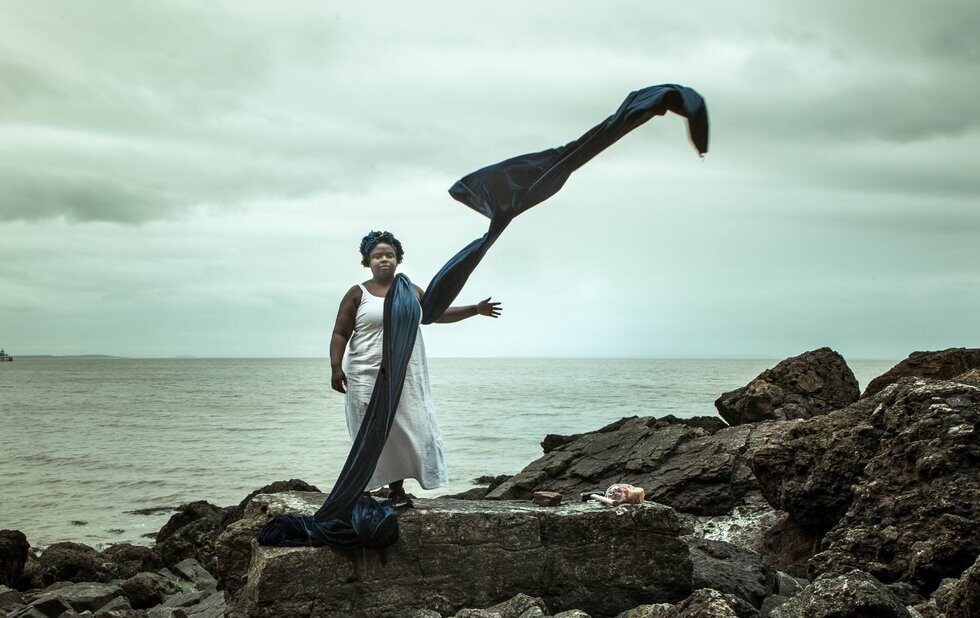 The brutal legacy of slavery and colonialism is brought home with blunt force in salt., UK writer/performer Selina Thompson‘s poetic and personal solo show, a must-see for Black History Month or any other time.

Three years ago, Thompson and two other artists including a filmmaker boarded a cargo ship with the intention of retracing one of the routes of the Transatlantic Slave Triangle, from Britain to Ghana to Jamaica and back again. From the start, they experienced problems. The ship’s “Master” unfortunate word, that wouldn’t let them film anything, and officers and crew regularly spat out racial slurs. For the first leg of their trip, none of the passengers were allowed to go up on the deck.

Of course, that’s nothing compared to the harrowing experiences of the slaves themselves. But Thompson’s point is that the effects of slavery and imperialism are still felt today, in everything from the need for the Black Lives Matter movement to the ubiquitous question she regularly hears, “Where are you from? No, where are your grandparents from?”

While Thompson’s monologue sometimes gets needlessly abstract, she mixes up humour, fact and memoir, all in a beguiling conversational tone.

Most memorably, Thompson has found a powerful metaphor to express her frustration with present-day racism as well as to critique the connection between capitalism and exploitation.

Wearing goggles (audience members in the first couple of rows are given goggles to wear as well), Thompson takes a sledgehammer to a huge chunk of rock salt, revisiting the smaller chunks throughout the show to make other points.

And a post-show souvenir quietly ensures the revelations of this startling show stay with you.