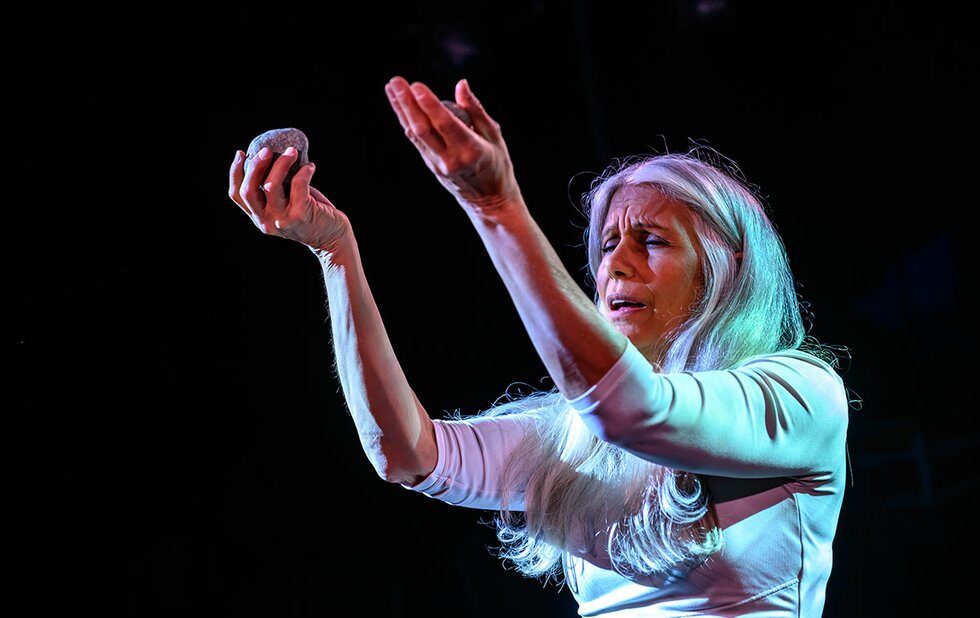 Prophecy Fog will forever change how you look at stones and rocks. Metis writer/performer Lauzons autobiographical solo show recounts her history with them. Her mother taught her that if you rub a stone in your hands you can hear its stories. And in the shows centrepiece, Lauzon and her daughter travel to the famous Giant Rock in Californias Mojave Desert to see what, if anything, it has to say to them.

The show occasionally rambles, without much of a structure, but Lauzon makes a thoughtful, sensitive and amusing guide. Shes also a beautifully expressive singer one of the most haunting sequences involves the 40-odd audience members humming while Lauzons voice soars over us. The work is nicely enhanced by Franco Bonis direction and Melissa Joakims environmental design. Audience members sit in a small circle on chairs or cushions in the middle are hundreds of stones, everything from hefty rocks to tiny pebbles, many of them placed in wooden bowls, which Lauzon upends to illustrate certain scenes. One of the most telling moments is when she uses smooth white stones to represent the white people co-opting the Indigenous ceremonies around Giant Rock.

Lauzon fully inhabits this environment, stepping around the rocks, curling up with them, talking to them. The effect is so mesmerizing that we dont even need the screens strategically located around us, even though they, too, provide some intriguing imagery and facts.