Punk Rock is like a brutal British Breakfast Club 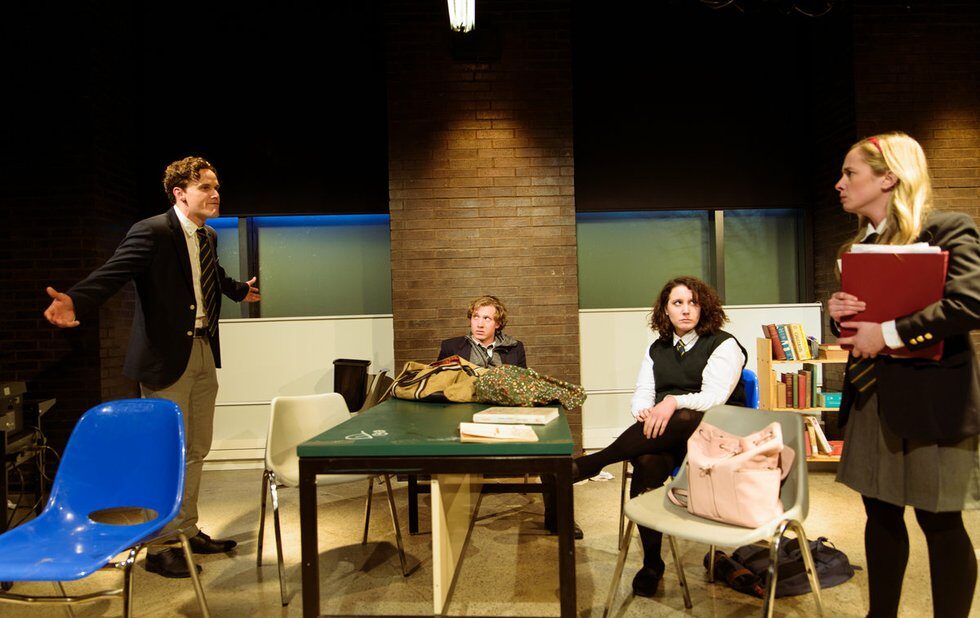 Dont let the title fool you. This searing ensemble drama from UK playwright Simon Stephens isnt about punk rock or any of its major figures. Instead the tense and explosive action follows a group of preppy upper-year students in Stockport, a town in Greater Manchester, as they prepare to apply for university.

This production by the red-hot Howland Company (52 Pick-up, Lemons Lemons Lemons Lemons Lemons) showcases moving, realistic performances that explore power and bullying, identity and mental health and friendship and complacency in ways that are in turn rich in subtlety and overwhelming in intensity (be sure to read and take seriously the audience advisory about depictions of violence).

The story begins when Lilly (Ruth Goodwin), a new transfer student, arrives at the fancy prep school during the stressful run-up to exams, and befriends William (Cameron Laurie) a shy, affable student with a mysterious past.

Whats instantly notable is that while the action is explicitly set in England, the cast do not attempt British accents. This is Stephenss stated wish (as noted in the program) and is only really an issue when UK-specific terms like snog and maths get bandied about. The only other break from the otherwise engrossing realism attained by director Gregory Prest are brief, weirdo scene changes featuring cast members donning rubber animal masks and slam-dancing to some of the titular punk rock. At first a little WTF, the symbolic value of these bizarre breaks eventually clicks as the plot unfolds.

Laurie is great as the enigmatic William, but Grahams vicious and sadistic bully Bennett steals the show as he torments poor Chadwicke and anyone else who gets in his way. Graham produces palpable terror with Bennetts capricious and tempestuous assaults, which are way too familiar for anyone whos ever faced a bully.

Dont be surprised if at times you feel compelled to intervene it feels that real. No spoilers here, but if the shows stunning climax doesnt leave you shaken to your core, youd better check your pulse.