What happened to Ravi Jain at Soulpepper?

Whatever happened to Ravi Jain at Soulpepper?That was one of the big questions hanging in the air as the Soulpepper. 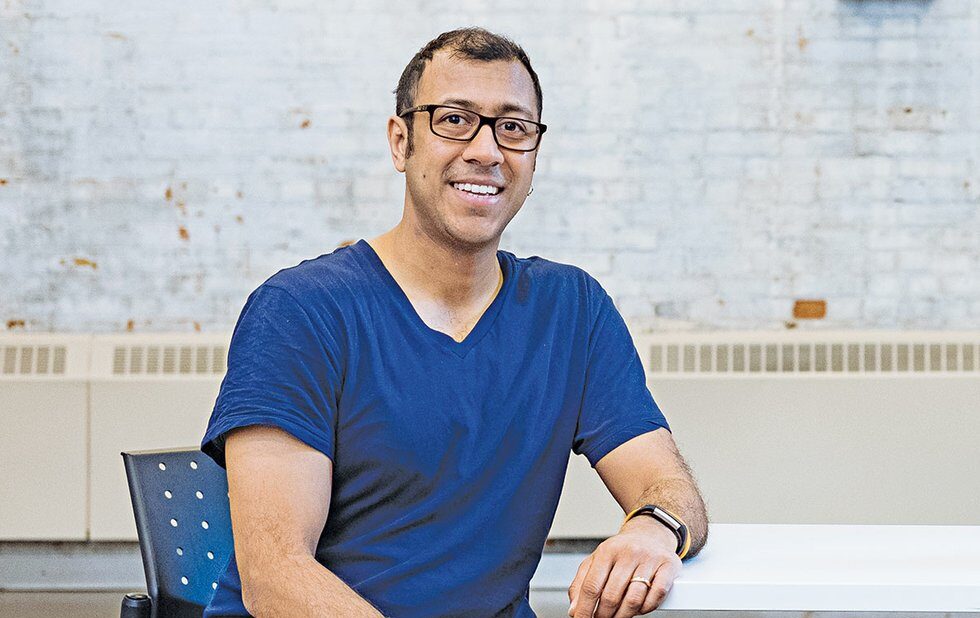 Whatever happened to Ravi Jain at Soulpepper?

That was one of the big questions hanging in the air as the Soulpepper story developed last month and Alan Dilworth became interim artistic director after Albert Schultzs departure.

Schultz resigned January 4 after four civil lawsuits by former Soulpepper performers alleged he was a serial sexual predator. In a statement on January 3, Schultz says he intends to vehemently defend myself. The allegations have not been proven in court.

Jain, the award-winning director of acclaimed shows like Prince Hamlet, Salt-Water Moon and (at Soulpepper) A Brimful Of Asha and Accidental Death Of An Anarchist, had been appointed Soulpeppers associate artistic director, along with Dilworth, back in the spring of 2016. It was a full-time position that began in June of that year.

But seven months later, Jain founding artistic director of Why Not Theatre left quietly, upset and depressed that he couldnt effect change at the institution.

I was brought in to help lead a change in the organization around different voices and different stories in the building, says Jain, on the phone from the airport, where he was flying to Winnipeg to oversee Salt-Water Moon at Prairie Theatre Exchange.

But soon after joining the company, Jain found himself at an impasse with Schultz.

I was put in so many positions where I had to compromise, it wasnt an environment that I felt was safe or that really wanted to make the change it was talking about.

For Jain, if the company wanted true diversity, women or people of colour had to be at the centre of the change.

And for Albert, says Jain, it required him at the centre. My ideas involved bringing outside people in. For Albert, if you wanted to be at Soulpepper it was all about Soulpepper people.

The final straw concerned the companys approach to its First Nations Festival. Jain wanted Schultz to stop a grant application because Soulpepper hadnt partnered with any other [Indigenous] organization before submitting it.

Jain met with Schultz, broke down in tears and sent him a detailed email outlining his concerns.

I thought it was irresponsible, says Jain. I felt we were creating the same systemic problems that always happen in these instances. There was a grant for a First Nations festival generated from the organization and not in consultation with any partners.

Schultz, when reached through his lawyer, did not respond.

Although Jain wasnt involved with the Soulpepper Academy training program, he says he did support a lot of artists of colour in it who struggled in the building.

A lot of people felt isolated, experienced comments and behaviour that made them uncomfortable, and whenever they tried to talk about it no one would validate their experiences, wrote Jain in a follow-up email.

I would listen and support them as much as I could.

He says a lot of artists of colour in the Academy left. NOW reached out to Soulpepper for clarification and didnt hear back by press time.

Jain is back with the company this season directing a new adaptation of Animal Farm. So far hes had one rehearsal and says the feeling in the building is strange.

Administration and staff are working really hard to find a way forward, to find the right way forward.

The symbolism of George Orwells political parable isnt lost on him.

Its about a kind of leadership that was unsuccessful and had a really gruelling end, and a revolution that occurred in which one system was replaced with something [equally bad]. Its a good warning for what can happen if you dont make real change.

Jain says he felt bad about leaving his position because there was a lot of pressure on him as a person of colour in that role.

So many myths exist that people of colour cant take institutional jobs. There was a vagueness about my job from the start. I was told to wait, that something would show up. And it shook my confidence. I thought, Youve brought me to the table, youve made me feel like Im amazing and now you wont let me play.

With artistic directorships open at Canadian Stage and now at Soulpepper itself, would Jain be interested in either?

Yes, says Jain, whose massively ambitious Why Not collaboration with the Shaw Festival a production of the Mahabharata involving artists from Canada, the U.S. and UK is scheduled for 2019.

Id love to challenge ideas of race, class, gender, abilities across the board and look at how we can do that in a way that makes life better for everyone.”