NOW MagazineCultureTheatreBesbouss: Autopsy Of A Revolt is a chilling depiction of recent history

Besbouss: Autopsy Of A Revolt is a chilling depiction of recent history

Stéphane Brulotte's play about the remains of Mohamed Bouazizi, whose self-immolation was the catalyst for the Arab Spring, is mesmerizing 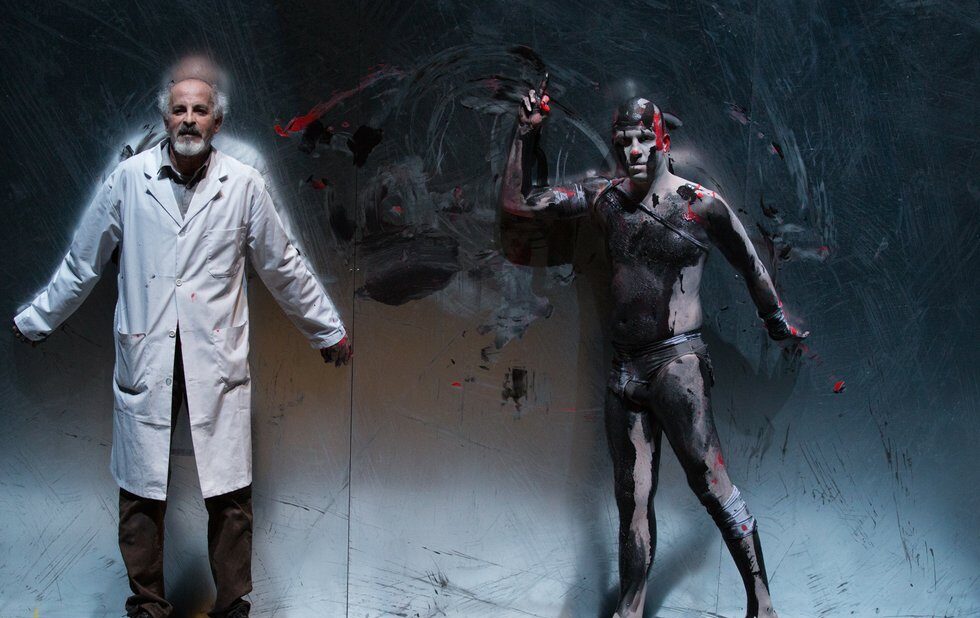 Mesmerizing and grave, Besbouss: Autopsy Of A Revolt transpires entirely within a laboratory, its oddly angled walls and floor all bearing the same burnished silver surface, as though the entire space is one vast gurney upon which a contentious cadaver awaits reckoning.

Forensic pathologist Dr. Karim Djebara (Saïd Benyoucef) is faced with performing an autopsy on Mohamed Bouazizi (Adam Paolozza), the 26-year-old Tunisian fruit seller who, on December 17, 2010, after suffering the confiscation of his wares and harassment and humiliation at the hands of local authorities, immolated himself. In doing so he ignited what would be dubbed the Arab Spring.

For Djebara, Bouazizi’s remains represent not only an emblem of radical dissidence but also a palpable reminder of Djebara’s years of complicity with a murderous government. Speaking to the charred corpse, Djebara examines both his country’s ongoing political convulsions and the slippery slope of his own moral compromises while lamenting Bouazizi’s sacrifice and, eventually, petitioning his forgiveness.

Translated by outgoing artistic director John Van Burek, Pleiades Theatre’s English-language debut of the play, which was originally staged in French at the Théâtre de Quat’Sous in 2014, is the latest in Quebecois playwright Stéphane Brulotte’s ongoing portraits of historical figures.

Directed by Lebanese-Canadian Majdi Bou-Matar – whose home country is at this very moment in the throes of revolution – this stark, atmospherically charged production benefits tremendously from Teresa Przybylski’s eerily sterile set and the bold, adventurous performances of Benyoucef, an Algerian-Canadian actor making his English-language debut, and Paolozza, who becomes animated roughly halfway through Besbouss, not to speak on behalf of Bouazizi but rather to assist Djebara in externalizing his existential struggle through movement, speech and role play.

Besbouss is wordy, yet some of its most evocative moments feature no dialogue: the unnervingly slow unzipping of a body bag, the drift of cigarette smoke through an open window as though it were a vaporous fragment of Djebara’s soul.

This is a chilling depiction of recent history as played out in quarters inaccessible to news reports or social media. The choices made by figures such as Djebara form but one tiny piece of a much larger puzzle depicting the stranglehold of autocratic regimes upon their citizenry.

By presenting its protagonist’s position so vividly, Besbouss heightens our understanding of how the corrupt maintain power – and how that power might be dismantled.