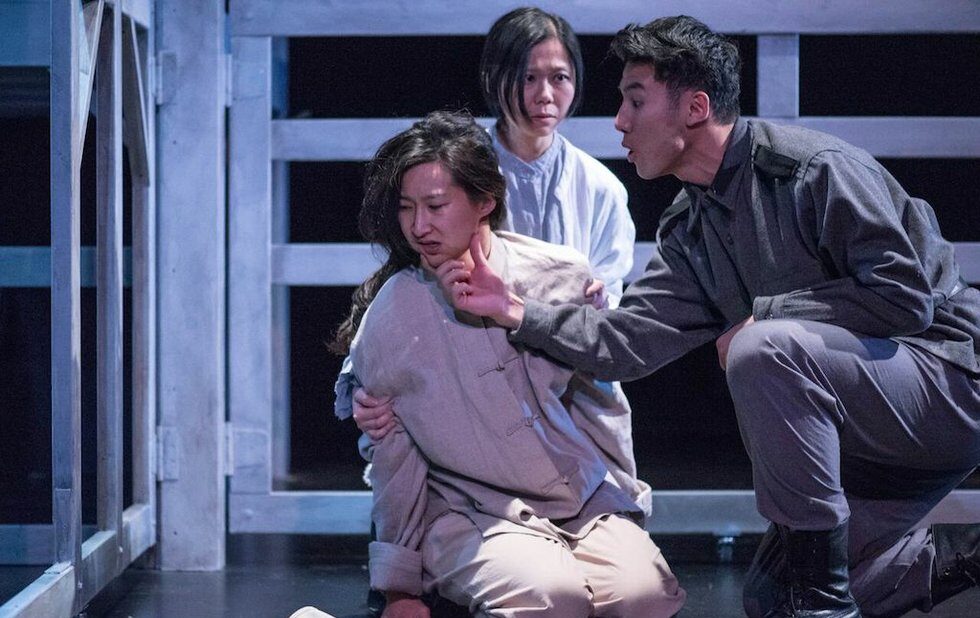 The world premiere of this harrowing historical drama about the plight of “comfort women” – prisoners from China, Korea and other Japanese-occupied nations forced into sexual slavery during World War II – keeps the memory of this often overlooked atrocity alive, and calls for proper recognition and restitution from the Japanese government.

The story follows Li Dan Feng (Vicki Kim), the daughter of a wealthy silk merchant in 1930s China. The first half of the show paints a detailed picture of her pre-war life: she’s a bookish, liberal-minded teenager who rebuffs her traditional parents’ plans for her marriage by secretly hanging out with a poor fisherman (Jeff Yung), before eventually running away alone to Shanghai.

The second half is set during the war in a Shanghai comfort station where Li Dan Feng is now enslaved along with a group of other women by sadistic Japanese officers. Through the dark and disturbing scenes that follow, director William Yong provides an unflinching look at the laundry-list of barbaric acts these women endured: ruthless beatings, rapes, psychological torture, infanticide and executions. It’s heavy and difficult viewing, for sure, but it’s also a historical reality that needs to be seen, especially given the Japanese government’s silence on the matter.

While the topic is compelling, the show’s dialogue sometimes gets clunky – favouring exposition over naturalism – and the subplot of Li’s princess-and-pauper relationship with the fisherman doesn’t end up adding much to the story.

Comfort is an harsh but educational look at this devastating war crime, and works nicely as a spiritual companion to The Apology, a documentary about surviving comfort women that’s enjoying acclaim on the festival circuit, and will be screening in Toronto at the Hot Docs Ted Rogers Cinema this week.