Ellie Moon’s What I Call Her takes on female rage 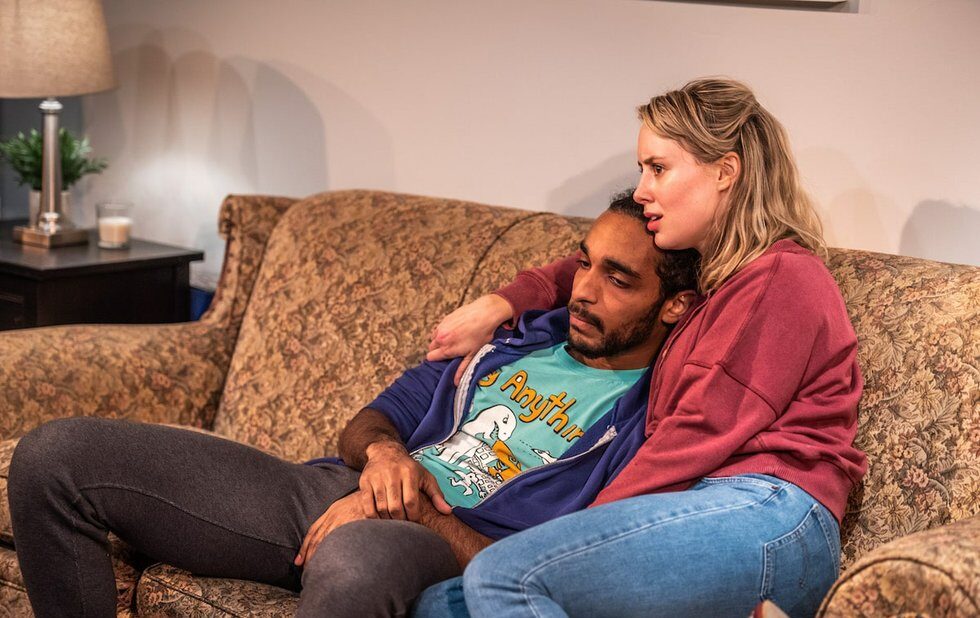 If the audience laughs during the performance of a play that deals with difficult material, is that a good thing or a bad thing? In the case of Ellie Moons What I Call Her, what feels like an inappropriate response is all about audience discomfort. And thats as it should be.

The play opens with partners Kate (Charlie Gould) and Kyle (Michael Ayres) in their apartment as hes noisily playing a puzzle game, unaware that hes bugging her. Shes got hard things on her mind: toying with the idea of writing a revenge obit for her mother, whos on her deathbed, Kate is imagining the pleasure of posting the obit online and outing her mother as a vicious child abuser.

The first half of the play consists of Kyle trying to talk her out of it. In the push-pull of argument Kate thinks better of it, then thinks again that its a great idea, Kyle probes to find out exactly how she thinks the post will help anyone a cascade of information emerges. Kate hasnt seen her mother in years while her sister Ruby has been the model daughter. Kate loathes Ruby who, she says, escaped their mothers wrath. Woven into all this is the revelation that Kyles dad may have been a bit of a creep, something Kate tries to weaponize.

The tensions ease occasionally as the two settle into cuddling, then the next round of arguments begins. Just as theyre in one of those cozy stages, theres a knock on the door. Its Ruby (Ellie Ellwand), and all hell breaks loose. Kates in a state of rage and believes Rubys in denial. Whose version of the family history is accurate? Their mother is a sexual abuse survivor. If she indeed became an abuser herself, is she accountable?

As the pacifying partner and referee of the two combatants, Ayres stays on an even keel and gains sympathy as the play rolls along. Ruby is problematic her motivations are not as clear as Kates, and so the depth of her cruelty towards her sister doesnt feel earned. That makes the performance lack texture. And Sarah Kitzs strong direction takes a downward turn in crucial scenes between the sisters that are too obviously choreographed, especially at the end.

But this is really Goulds show. Prowling the stage, often in stream-of-consciousness mode, shes charming at times, easily ignited at others. Shes a whirlwind of emotion in a very good play that is tough and often disturbing.

No wonder there was nervous laughter.