Shove It Down My Throat provides way too much to swallow 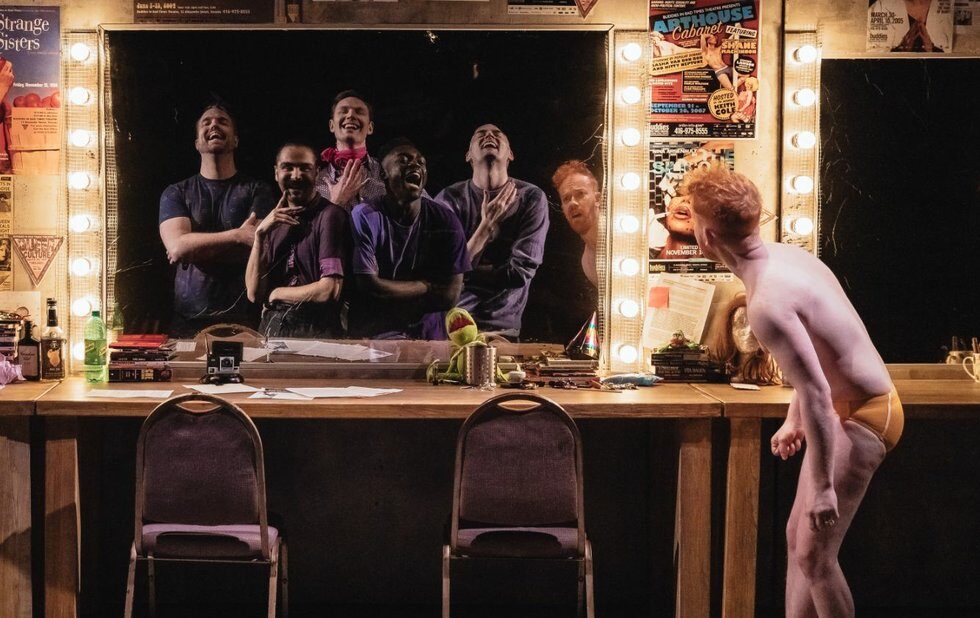 Shove It Down My Throat takes a real-life story about a mysterious New Years Eve stabbing in Atlanta, Georgia, and turns it into a rambling fantasia about queer lives, gay-bashing, representation and the ethical and practical concerns about putting on a play in todays ultra-sensitive cultural landscape.

Writer/performer Johnnie Walker is best known for his solo shows like Redheaded Stepchild, and he and director Tom Arthur Davis seem overwhelmed by the plays scope and lack of focus (warning: its two and a half hours long).

The show is peppered with Walkers signature one-liners, but there are too many unnecessary detours, such as a trivial evocation of one of TVs Designing Women and a pointless interrogation at the Canada/U.S. border. Even the first act conceit of summoning up the ghosts of Buddies in Bad Times artists from past productions doesnt fully pay off, especially since the talented supporting cast (Daniel Carter, Willard Gillard, Kwaku Okyere, Craig Pike, Heath V. Salazar and Anders Yates), with a couple of exceptions, is reduced to merely playing types.

Anahita Dehbonehies set and Rebecca Vandeveldes lighting help orient us through the show. And theres lots of imagination at play in early scenes replaying what may have happened at the key event. The plays emotional centre, however, concerns the idea of gay-bashing, and Walkers meta-theatrical gimmicks distract from this still relevant and disturbing topic.