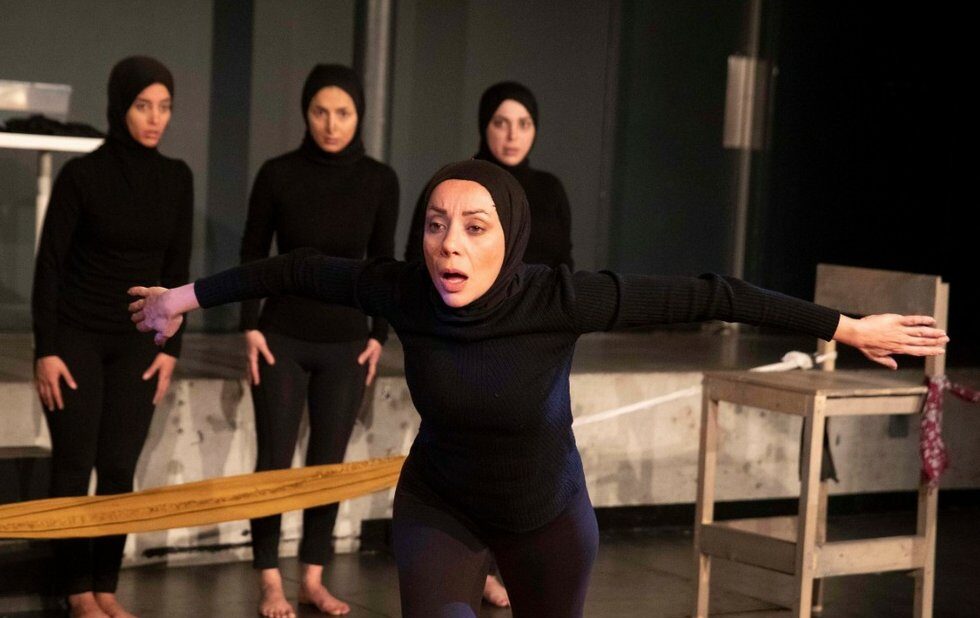 A promising work at SummerWorks 2018, this remount of Jaber Ramezani’s drama about the limitations on women’s freedom in post-revolution Iran still packs a punch, but it could go further.

Led by their coach, Roya (Banafsheh Taherian), three aspiring young female athletes – Lili (Aylin Oyan Salahshoor), Katy (Mahsa Ershadifar) and Nary (Tina Bararian) – practise swimming in a remote, arid section of Iran. The twist? There’s no pool in the area. Instead, Roya has constructed a make-believe pool in a flat, in which the women can work on their strokes, breathing techniques and build their team spirit.

In a program note by director Aida Keykhaii and assistant director Sarah Marchand, we’re told that sports in Iran became subject to gender segregation after the 1979 revolution. Money and facilities were scarce, and the laws about women wearing hijabs meant they couldn’t easily compete against each other. Hence, many women’s sports teams disbanded.

So there’s a disturbing allegorical undertow to this seemingly absurd situation.

But at 65 minutes, there’s room to expand the script. The young athletes remain mere types – Lili is anxious and nervous, Katy is more of a follower and Nary is a pink-haired rebel. Why do they want to swim? What are their home lives like?

Taherian’s Roya remains the most intriguing character, a woman who had achieved some success before but has had her freedom curtailed. Her story recounting a dream involving Michael Phelps isn’t fully developed, but the charismatic actor suggests lots with her expressive eyes and gritty, world-weary voice.

The production, too, creates a haunting effect, particularly Nancy Boake’s shimmering lighting that, with a little imagination, makes us envision the pool these women ought to be swimming in.