A satire on Soviet Russia, one that unfortunately caught Stalin’s eye, gets a strong production 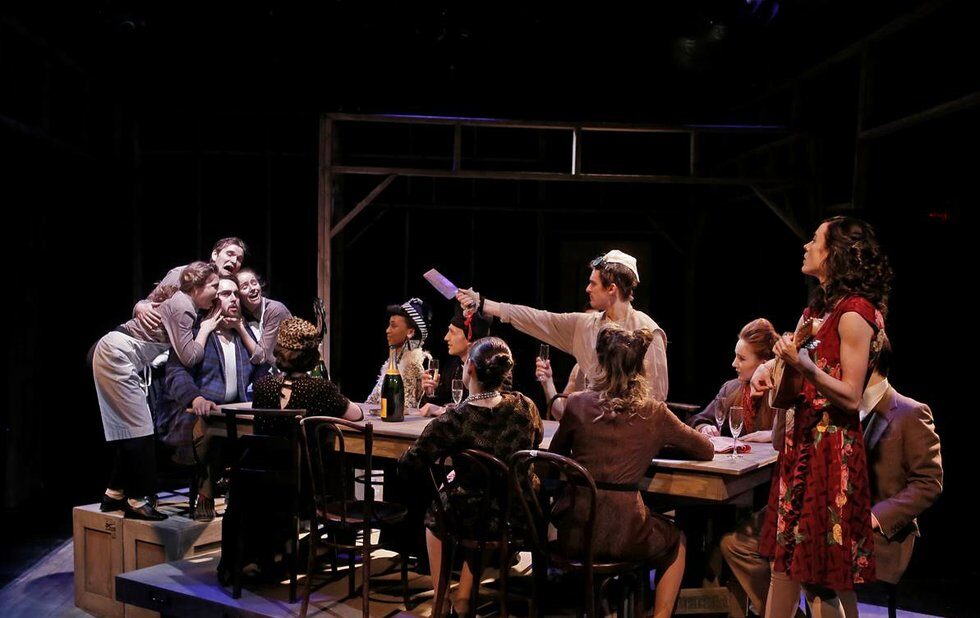 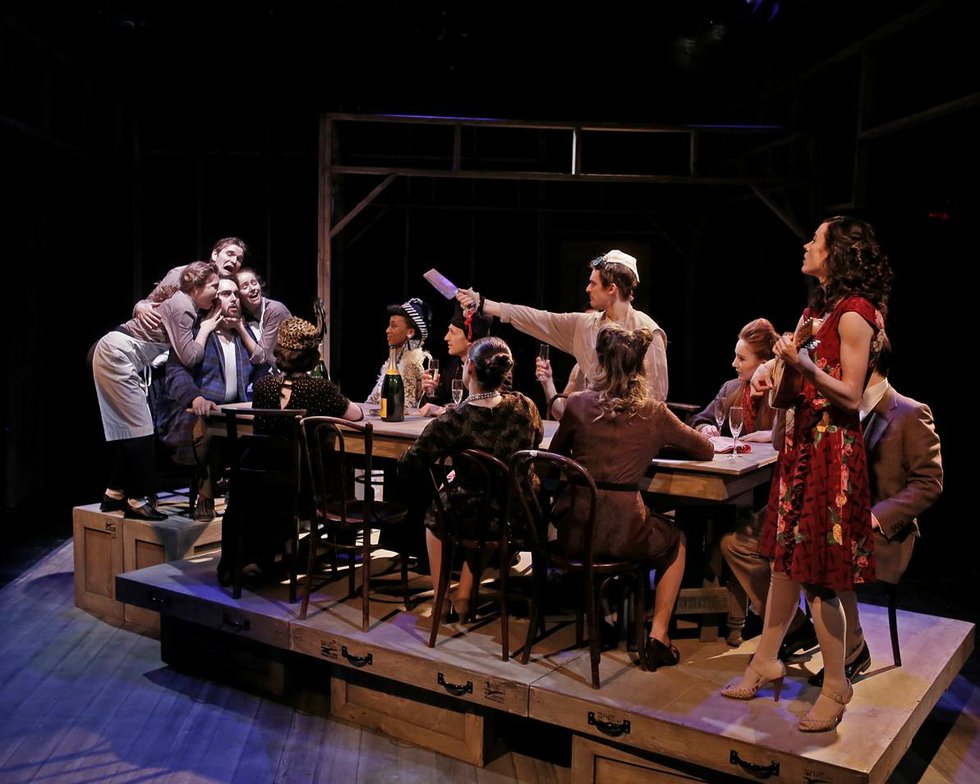 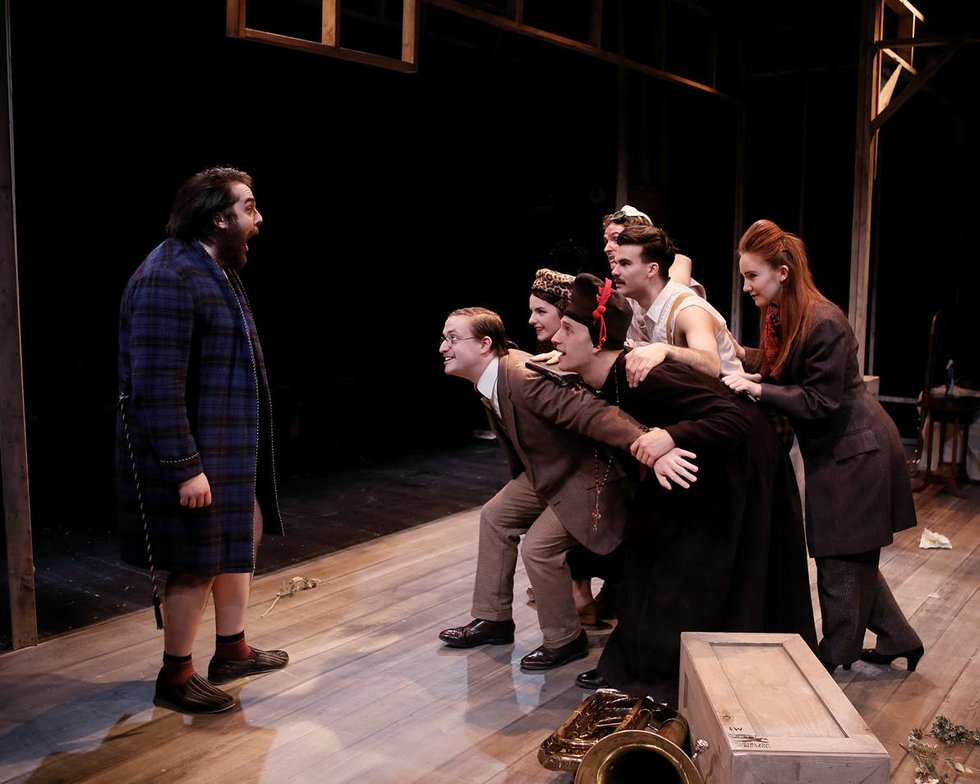 THE SUICIDE by Nicholai Erdman (George Brown). At the Young Centre. February 10-20.

A successful playwright of vaudeville-style comedies in the early years of the Soviet Union, Nicholai Erdman misstepped with 1928’s The Suicide. After Stalin banned the play, Erdman ended up in Siberia.

But since the late 1970s, the script has had a number of productions in the West. This presentation by George Brown Theatre is entertaining and occasionally sobering – entertaining in its often cartoon-like physical comedy, sobering in its themes and the frame that director Mitchell Cushman gives it.

Semyon (Jake Deeth) is one of many unemployed in Soviet Russia, and a fight with his wife Maria (Brina Romanek) over a liver sausage pushes the distraught man toward suicide. But then, surprisingly, the comedy begins.

When word gets out that he’s contemplating offing himself, Semyon is besieged by various sectors of society – the intelligentsia, the artists, the church, the business community and others – who beg him to offer his death as a gesture for their cause.

Cushman bookends Peter Tegel’s translation with episodes in which the lead actor (also standing in for Erdman), speaking for the troupe about to stage the script, tries to prove its worth to the audience, whose members become the government’s Cultural Propaganda Department. The performance we’re watching is a kind of test run, and if we approve of what we see and hear, it will open for the public.

Telling, though, is the fact that two Soviet guards stand on the stage as the audience enters and hover around its perimeter during the presentation.

Cushman’s frame is clever and his handling of the material and the cast is first rate the nearly three hours zip right along. Deeth holds centre stage with ease, whether he’s doing slapstick or pondering the consequences of representing one faction or another who want him to become a Soviet hero dying for the sake of the nation.

The rest of the company is also fine, notably Guifré Bantjes-Ràfols as a libidinous neighbour who looks at the death from a profit viewpoint and offers Semyon to the highest bidder, Jillian Hanson and Sheila Ingabire Isaro as artists who fight over him and Christopher Fulton as a thoroughly Marxist postman and aspiring writer.

Other than Deeth, the standout work is by Sean Jacklin as a representative of the intelligentsia, performing with a smarminess that’s both obsequious and funny.

Some of the episodes in the second act could be cut without hurting the satire, but the extended funeral for the not quite dead Semyon is a gem, as is the use of lines from Hamlet in the cemetery scene.

The final section, which breaks the script’s fourth wall, intentionally drains away the past hours’ laughs. In this world, it’s possible to erase an undesirable artist as well as his work.

In a production that relies on quick movement, Ken MacKenzie’s set, with its sliding wooden panels and doors, rapidly shifts the action from one place to another.

I’ve not given the show a rating since it’s a student production.