NOW MagazineCultureTheatreSoulpepper’s Wedding At Aulis gets a mixed reception

Soulpepper’s Wedding At Aulis gets a mixed reception

Sina Gilani's new adaptation of the Euripides tragedy has an intimate feel, and is well-acted, but feels cold and scattered 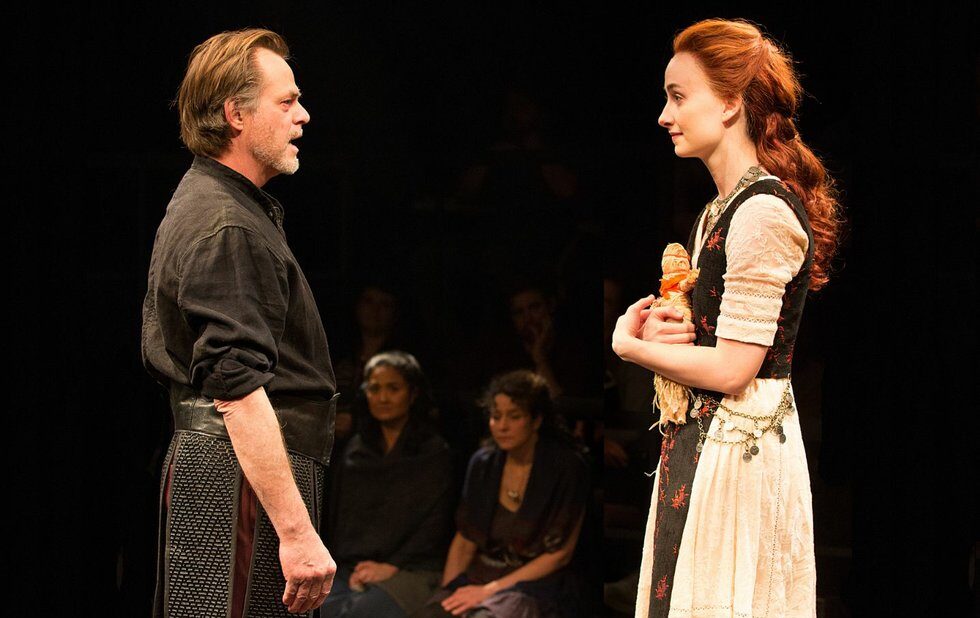 After Jeff Ho’s refreshing modern take on Iphigenia And The Furies earlier this year, Iranian-Canadian playwright Sina Gilani’s adaptation of another Iphigenia play, which he’s called Wedding At Aulis, comes as a letdown. The production – directed by Alan Dilworth – is polished, fine-looking and intimately staged in Soulpepper’s Tank House Theatre, but there’s no sense of why this play, and why right now.

Euripides’s play – his last extant one – is set in the port of Aulis, where Agamemnon (Stuart Hughes) and his fellow warriors are restlessly awaiting a wind to take them to go fight the Trojan War.

After being told by the seer Calchas (Derek Boyes) that he must sacrifice his own daughter, Iphigenia (Alice Snaden), to please the goddess Artemis and get that wind, Agamemnon has asked his wife, Clytemnestra (Raquel Duffy), to bring the girl to Aulis to marry Achilles (Sébastien Heins).

Agamemnon changes his mind, however, but his follow-up letter – intercepted by his brother, Menelaus (Frank Cox-O’Connell), who has obvious reasons for wanting to sail to Troy and retrieve his wife, Helen – never gets to his family, who arrive, expecting a wedding.

But the production doesn’t come alive until Duffy’s regal, proud Clytemnestra arrives, expecting a big wedding and checking out her future son-in-law’s genealogical suitability. When her husband tells her what’s really going on, she becomes furious – you can imagine her later taking an axe to the man out of vengeance – and movingly tries to appeal to Artemis to save her daughter.

Because of the limited seating, the production feels intimate, and Monica Dottor’s choreography ensures the traffic flows smoothly in the small space.

The actors deliver their lines with commitment, but only a few of them – like Duffy and, in a brief but clear monologue, the very promising young actor Snaden – get to make much of an emotional impression.

Usually emotions run high at weddings but Gilani’s is a little too cold and scattered to feel much.