ERASER created by the company (Eraser Theatre/RISER Project). At the Theatre Centre (1115 Queen West). Runs to May 14. Pay-what-you-can-afford. 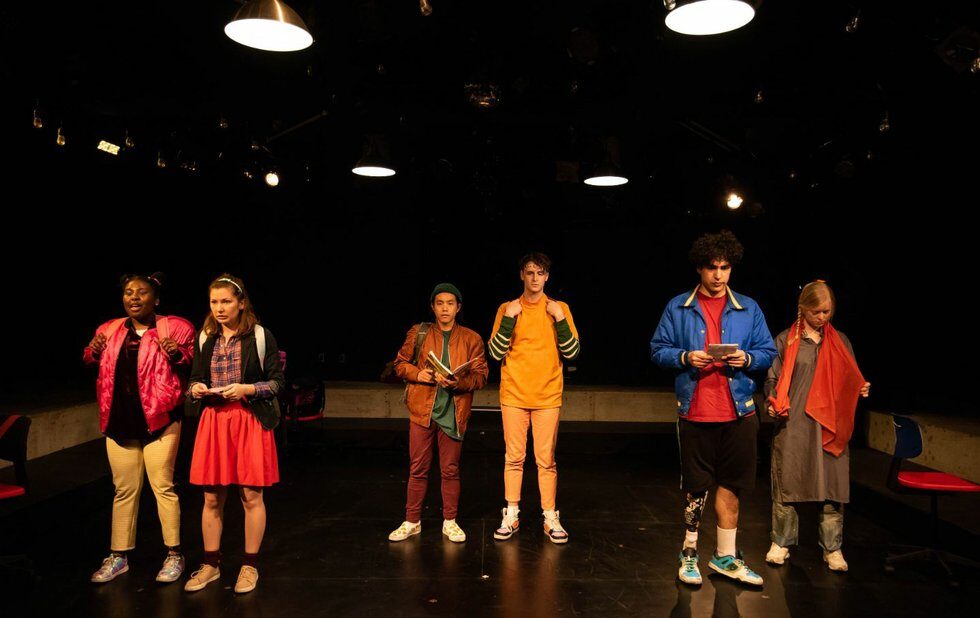 If you’ve ever wondered what it’s like to be a grade six student in a contemporary inner-city Toronto school, get a ticket to Eraser, an imaginative, immersive, all-ages experience that will catapult you back to the days of knapsacks, first kisses and notes passed up and down a classroom.

Part of Why Not Theatre‘s RISER Project, the show has a unique set-up. Walking into the theatre, you’re assigned a student to hang out with and follow around. I get to join Whitney (Christol Bryan), a confident, bright Black girl who loves playing soccer, has a bit of an artistic streak (when we first meet she’s drawing a picture of a whale) and seems well-adjusted and popular, if a little bossy.

Whitney’s best friend is Noah (Nathan Redburn), a tall and gangly boy whose brother died during the summer. She’s curious about Afroze (Tijiki Morris), a newly arrived student from Pakistan. And her rival is Tara (Marina Gomes), whom she calls “Tara the terrible.”

Through a series of episodes, we watch as the students eat their lunches (during which Afroze’s food is ridiculed), witness Tara as she announces she’s running for class rep and see them all prepare for gym class. There’s also a class presentation, in which students have to introduce us to the person they’re paired with. (Yes, Whitney’s paired with Tara, and Tara homes in on one of the things Whitney is most insecure about.)

While the young actors dig deeply into their characters, and individual scenes are performed with lots of energy, the work directed by Sadie Epstein-Fein and Bilal Baig could use a firmer structure. It’s hard to know at times how much time has gone by between scenes. And the contrasts between the fantasy sequences, indicated by changed lights (by Rebecca Vandevelde) and sound (by Maddie Bautista), could be sharper.

But the themes among them labels, sexuality, disabilities and bullying come across with fluidity and urgency, and Epstein-Fine and Baig’s choreography, in smaller scenes and group numbers, is highly effective.