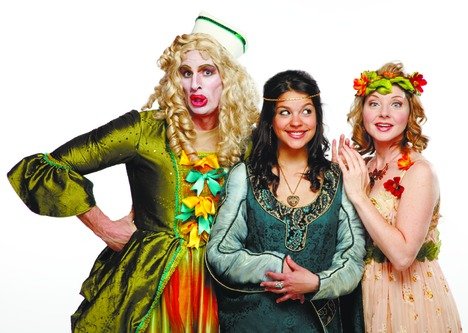 Keeping with the environmental theme of his newest panto at the Elgin, Ross Petty recycles Robin Hood for the third time, updating it with topical jokes.[rssbreak]

As always, the production includes pop cover songs, an extended chase scene and a contest of physical strength, before ending (spoiler!) happily ever after.

The show’s well cast, and director Ted Dykstra utilizes each performer’s talents. Avila and Yvan Pedneault (We Will Rock You) focus on their singing, while the comedians get numerous opportunities for ad libs. Dykstra also incorporates both broad and subtle physical humour.

The show is family-friendly, but includes moments aimed at adults, like the clever mock-commercials projected onto a screen mid-show that provide hilariously memorable advertising for corporate sponsors.