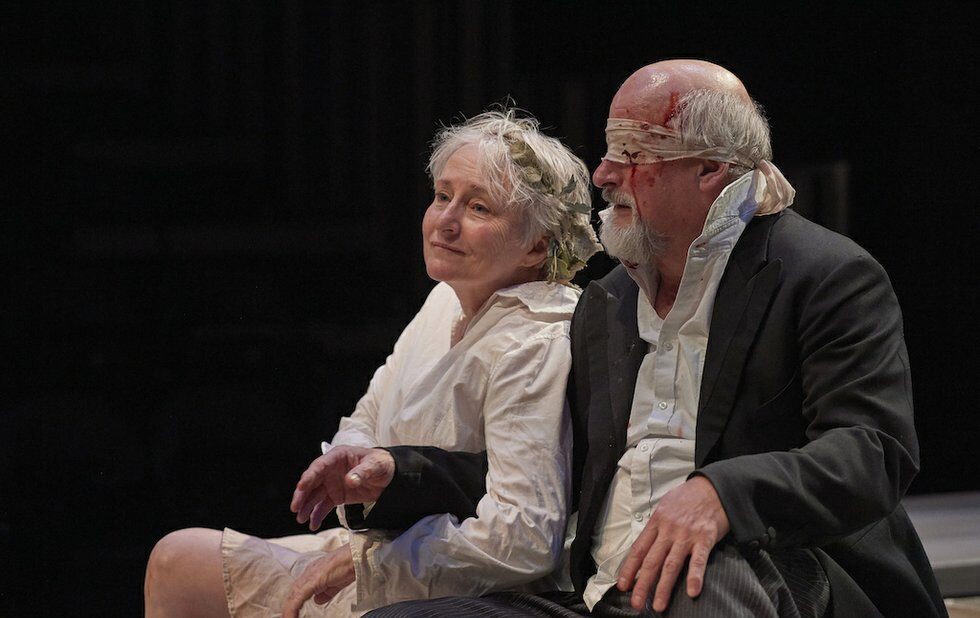 Now that the stage world is doing some serious soul-searching, the conversation about where women fit in has become pointed.

In a recent article, writer/actor Ann-Marie MacDonald writes not only about her own not so fabulous experience with Soulpepper, but about the fundamental problem with the companys mandate being devoted to the so-called canon: you dont see many plays written by women.

Anyone looking at the classics cant help but notice how few deep roles there are for older women. So its thrilling that Martha Henry is set to play Prospero in The Tempest at Stratford this year and that Seana McKenna is breathing new life into Lear.

Her performance as Queen Lear in Groundlings production of Shakespeares tragedy is riveting. As she gradually descends into madness after giving away her property to her daughters, she morphs from confused to furious (even her clothes deteriorate from a smart suit to a ragged shirt) as she realizes that shes made a mistake after being cast out by her power-hungry, ungrateful daughters.

Of course, the gender flip works only if the text can sustain it and, even though the pronouns are changed, it does. Specific lines and speeches take on deeper resonance. When an outraged Lear declares to her daughters, I gave you all, shes now talking about not only her property but her physical body. And so, when she curses them, wishing them barrenness, she knows exactly what she hopes they never experience.

Abbey moves his team expertly throughout the show on a clever set by Peter Hartwell. The whole production looks great, especially Hartwells costumes, all grays and blacks, which place the action in no particular era. Lear comes in wearing a waistcoated suit but others have on hoodies under their snappy trench coats.

McKennas supported by an excellent cast, especially Jim Mezon as Gloucester, who begins the play jovially assessing the sex that begat the bastard Edmund, only to lose his bravado when hes fooled by his illegitimate son. Alex McCooeye gives Edmund a fresh look, amiable, very physical with his gestures and able to make us almost like him. Its quite a coup.

But there are some hitches. Deborah Hay plays Goneril with undue hysteria, especially when she denies Lear her retinue. What is she screaming about?

Colin Mochrie as the fool isnt quite up to the challenge. Hes far from embarrassing, but he doesnt have the vocal technique to give proper clarity to the lines. To do Shakespeare properly on stage, every syllable has to count.

And this is a yet another Lear Stratfords production a few years ago is the other in which the actor playing Cordelia seems out of her depth. The moment where Lears beloved daughter refuses to heap praise on her mother needs a strong voice. But Mercedes Morris cant handle it. It may be the problem with the key speech itself its not entirely clear why Cordelia wont play along. But even when Cordelia reappears later, Morris does so tentatively and cant quite seize our attention.

But McKennas the key here, prowling the stage as she slowly loses her mind, emerging occasionally to become heartbreakingly lucid, only to fade again. If changing the gender of major characters is one of the ways that veteran female actors can show their true brilliance within the confines of the canon, bring it on.