Maev Beaty is devastatingly good in Secret Life Of A Mother

SECRET LIFE OF A MOTHER by Hannah Moscovitch, Maev Beaty and Ann-Marie Kerr (SLOM Collective/Theatre Centre). At the Theatre Centre. 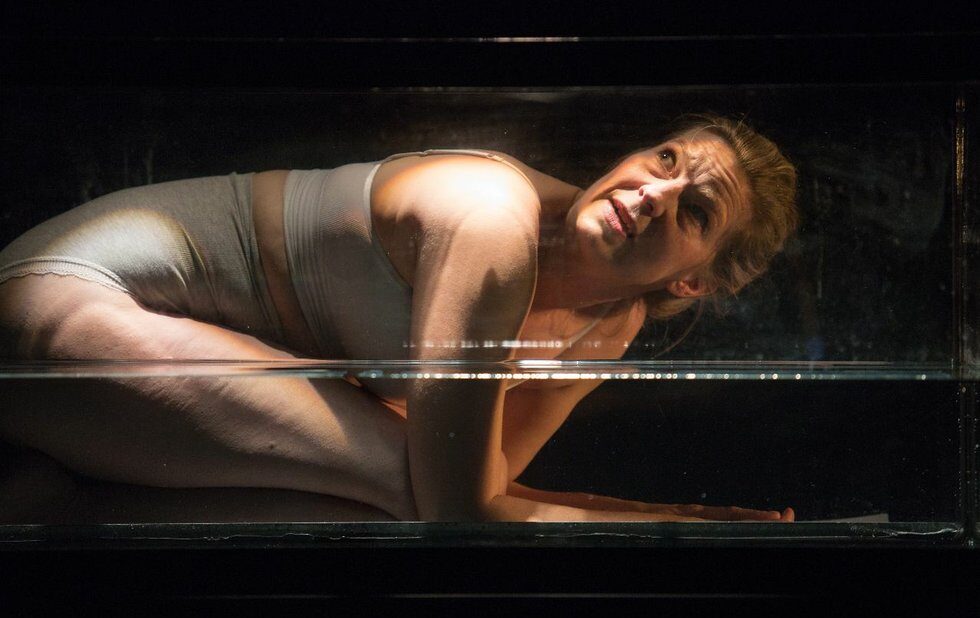 Theres no better way to spend time in a theatre than with the incandescent Maev Beaty. In Secret Life Of A Mother, her collaboration with Hannah Moscovitch and Ann-Marie Kerr, she travels the emotional spectrum from fury to joy to pain and fear playing both herself and her close friend Moscovitch as they recall their journeys to motherhood.

The piece is basically a series of monologues recalling in vivid, sometimes grotesque detail the artists miscarriages, labours and births, with Beaty drifting between the two characters. The core of the play expresses the performers fears that, especially since theyre acclaimed artists, their passion for their work will make them bad mothers. Indeed, as theyre in labour and even postpartum, they do make some bad decisions.

Beaty is infinitely watchable throughout. A sequence in which she wakes up from a miscarriage and expresses her distress without saying a word is heartbreaking. The account of her own 24-hour labour is chilling. And her timing as she delivers the plays many one-liners is superb.

You can sense how deeply felt and personal this work is. But its problematic as a play. Technically, thanks to Camellia Koo (scenic design) and Leigh Ann Vardy (lighting), the show is very clever, with images appearing miraculously on paper in tanks of fluid womblike and amniotic. But theres a climactic image near the end that uses a strategy that could have been woven into the piece.

The decision to have Beaty hold a script is supposed to give the work a feeling of transparency. But it feels like an obvious device.

A central theme is the power of Beaty and Moscovitchs friendship, so why do they never appear onstage together? As becomes obvious in the end, its not because it was always intended as a solo piece.

And the plays central issue the panic over bad mothering is resolved in a single paragraph. Its almost as if the writers ran out of gas.

Secret Life Of A Mother is fuelled by raw emotion and terror, but it is also very funny, laced with laugh-out-loud jokes. Its entertaining but, at a brisk 70 minutes, it feels closer to an extended stand-up act than a finished play.