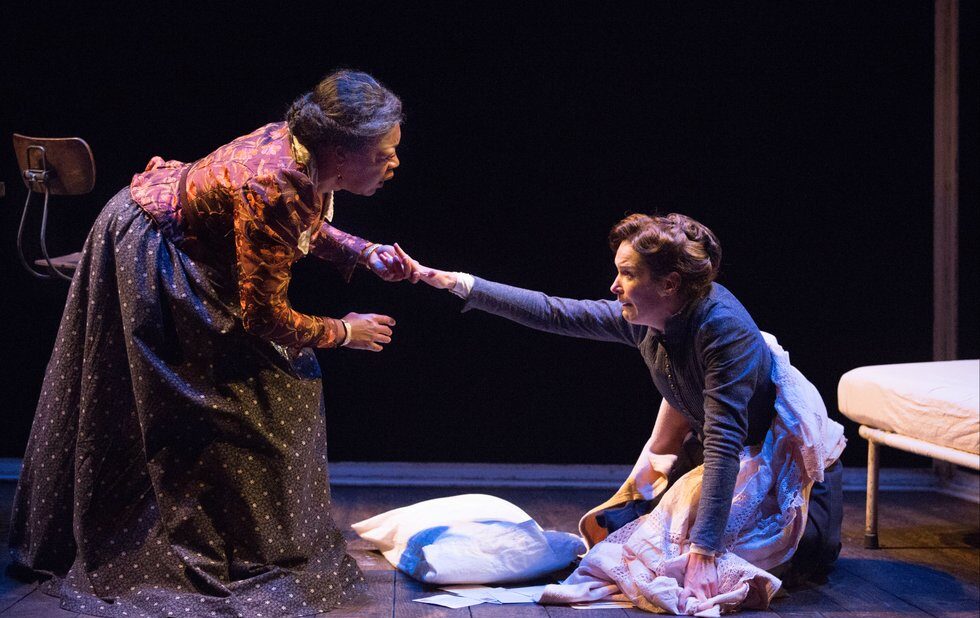 Relationships between siblings have always made for compelling stories, and Rosamund Smalls new play is no exception. Sisters is dramatically captivating and visually enchanting.

Adapted from Edith Whartons novella Bunner Sisters, the play takes place in a downtrodden New York City neighbourhood at the turn of the last century. Two sisters, Ann (Laura Condlln) and Evelina (Nicole Power), struggle to make ends meet as seamstresses while living together in the back of their shop. Soon enough their lives get interrupted with romantic notions regarding Mr. Ramy (Kevin Bundy), a German clockmaker.

The story is quite straightforward and even predictable, particularly from our 21st-century perspective, but that doesnt dampen the productions emotional impact. Although there are moments before the drama ramps up that drag, Smalls script beautifully highlights the significance of female fellowship, not just between the biological sisters but with the supporting characters as well.

Condlln carries the show. Her Ann is selflessly devoted to her sister yet always evolving. She evokes respect, but never pity, as she goes from naive to enlightened by lifes hard truths. Condlln and Power play off each other believably, their bond strong despite the sisters differing personalities. Bundy is charming and persuasive as Ramy.

Although the play takes serious turns, supporting character Mrs. Mellins (Karen Robinson) stands out as comic relief, especially highlighting contrasts between men and women. Robinson steals every scene with her world-weary facial expressions and bons mots. Raquel Duffy and Ellora Patnaik round out the cast, differentiating themselves in numerous supporting roles.

The production has a lyrical, dreamlike feel. Seeing Michelle Traceys set design is like peering into a music box, and she inventively sets apart the scenes in Ramys shop. No item on the stage is superfluous, which makes the removal of each piece of furniture near the end even more poignant. Kimberly Purtells lighting works seamlessly with Richard Ferens sound, especially in the train scene. Both are imperative to the plays mood, from the ticking of clocks to the well-timed swells of music and shadows.

All of this comes together under Peter Pasyks delicate direction. On a small stage and set, he manages to place the characters in many different locations around town. The sequence at the Philharmonic is especially amusing. And he fills the production with myriad details to take in.

Time is an important theme in this play. Catch it while you can the clocks are ticking.