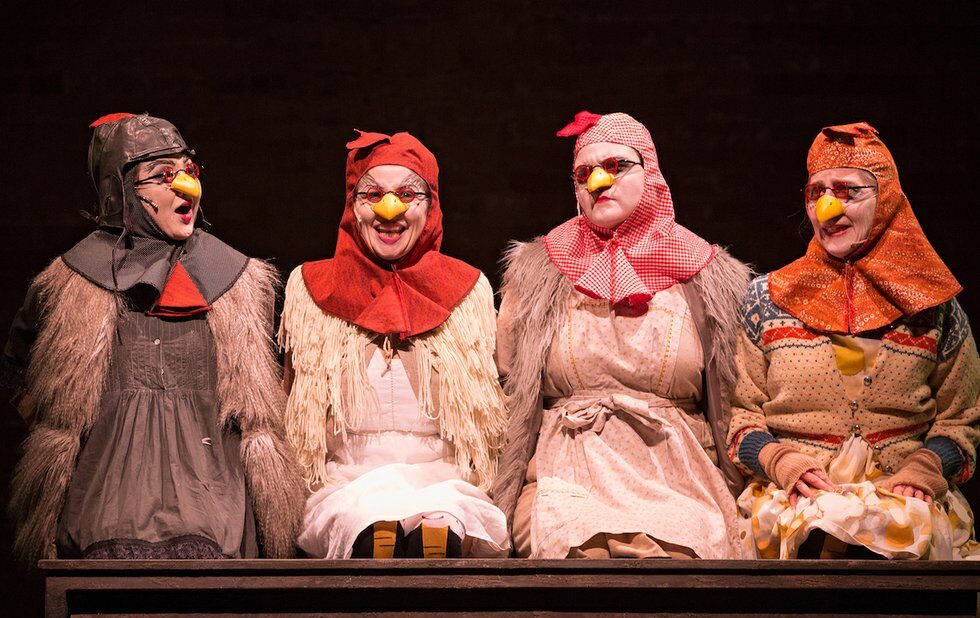 George Orwells Animal Farm, first published in 1945, is as relevant today as it was when the English novelist was riffing off Stalins tyranny and Trotskys idealism. Soulpeppers adaptation adds a 21st-century polish, which youd expect following the rise of Donald Trump and his brand of nationalism. Thankfully, this productions modern twists never feel forced or heavy-handed.

For those who skipped Grade 10 English class, the story goes like this: farm animals take over the acreage from the human farmer and fill the power vacuum by installing the pig Napoleon (Rick Roberts) as their leader. Once the pigs are able to make decisions for the animals, resentment and rebellion spread across the farm, inspiring the hens to strike and refuse to lay eggs. The mantra of All animals are equal is soon replaced by All animals are equal, but some are more equal than others.

Beyond buoying the novellas themes of abusing language to justify abhorrent behaviour and the dangers of a naive working class, this adaptation is supported by a talented cast who seamlessly slip into the skins of their respective animals. Oliver Dennis is magnificent as the clueless, hard-working horse Boxer while Robertss ferocity as Napoleon brings the right amount of menace to the corrupt leader. Flashes of humour break up the political allegory, most often from the beaks of the hens Mercy (Raquel Duffy) and Poophead (Jennifer Villaverde).

Some of the timely jokes fall flat, such as iPhone references and Fox News caricatures. The end could have been less rushed and would have benefitted from deeper context, especially for those who read the book in grade school and have forgotten the ringing note of the final chapter.

Ken MacKenzies costume and set design evokes the farms personality, most notably through masks and wardrobes that take over the human actors so completely. Director Ravi Jain keeps the pace moving swiftly, especially in the second half when tensions heighten between the two animal camps.

Animal Farm warns us to hold our leaders accountable for decisions that only benefit them and their cronies instead of their constituents. The Soulpepper production, accented with its modern flourishes, stays true to this cautionary tale that says, Be skeptical of the pig with all the answers.