NOW MagazineCultureTheatreSousatzka’s a mess but the talent is crazy good

Sousatzka’s a mess but the talent is crazy good 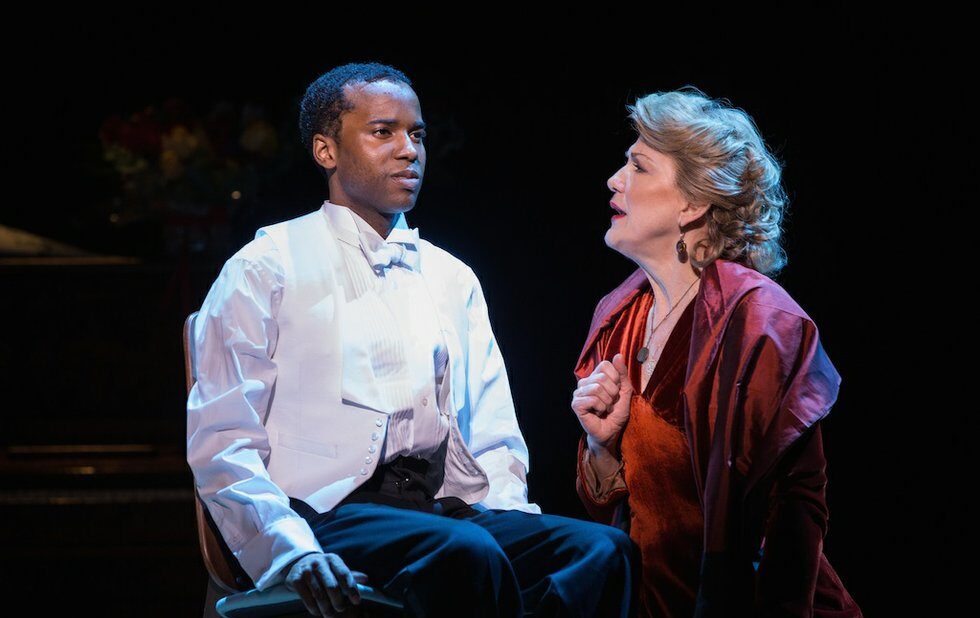 Yes, Sousatzka’s not ready for Broadway, and it’s as bloated as producer Garth Drabinsky’s ego, but there’s a good show buried in there somewhere. And it’s not every day that you get the chance to see one of Broadway’s most luminous musical stars.

You have to pay airfare, scrape up hotel fees and hold your nose going through customs in the Trump era to see a show in New York. Victoria Clark is in town right now. Go see her.

She plays Madame Sousatzka, a Polish piano teacher now living in London with a traumatic past and a tendency to hold on for too long to her musical charges, especially the South African child prodigy Themba (Jordan Barrow). Her scenes in her piano studio with Themba are the show’s best, with Sousatzka cajoling, commanding and encouraging her pupil – via her unorthodox methods.

But this is a major epic, more than a third of it taking place in apartheid-era South Africa, with mammoth musical numbers. Themba’s father is in prison in Soweto, and the sequences set there often hammer away repetitively at the fact that oppression is an awful thing.

Even with such life-changing political events as an essential element, the main conflict in the show is between Sousatzka and Themba’s mother, Xholiswa (Montego Glover, another electrifying performer), who is threatened by Sousatzka’s influence and worries that Themba may become assimilated.

The secondary characters in the household are paper-thin, and there are many missed opportunities. A scene in which Sousatzka’s young tenant (Sara Jean Ford, who has almost nothing to work with) takes Themba to a punk club is way too short – it’s a dance number, for god’s sake, where’s the choreography? – and could easily have been meshed with a scene among the South African exiles in London encouraging Xholiswa to dance.

Basically, the piece tries too hard to do too much. The chances of giving sufficient heft to the apartheid material and a Holocaust theme are minimal, even with the best creators. A flood of images of Holocaust survivors at the end of the first act doesn’t cut it. And anyway, why try?

To be sure, there’s a ton of dough up there on that stage. Jon Driscoll’s projections, a major aspect of Anthony Ward’s set design, are beautiful, and the talent – even in the chorus – is outstanding. And the key ballad Let Go is a winner.

It may be fun to dump on a show designed to propel the unlikeable Drabinsky on the road to redemption, and sure, Sousatzka’s far from perfect. It’s a mess, actually.

But you definitely get your money’s worth. Clark, conveying pain and passion in unique ways, and Glover, full of rage and regret, are spectacular.