Nearing their 20-year anniversary, the Montreal-based band has found a way to tell their story, including details even long-time fans may not know 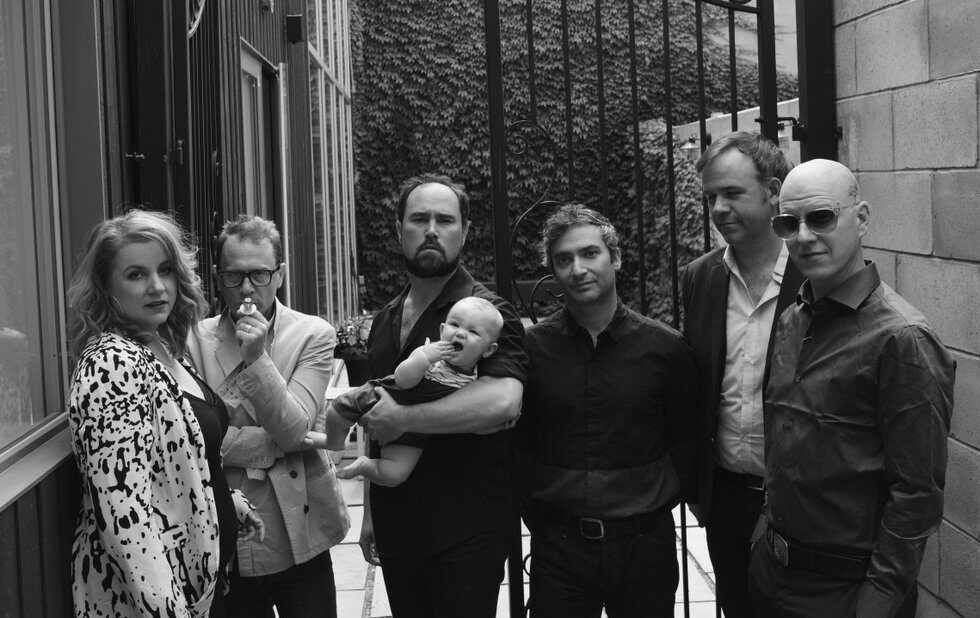 Anyone familiar with Toronto-bred, Montreal-based indie-rock band Stars knows the group has an inherent flair for the dramatic, from their expressive lead singers, Torquil Campbell and Amy Millan, to their catalogue of heart-on-sleeve songs that have provided the soundtrack to many listeners’ lives over the past two decades.

But even their most dedicated fans may have been surprised to hear Stars are embarking on a different type of stage show – one that sees the septet turning their own story into a play, Stars: Together, in collaboration with Crow’s Theatre.

“We thought it was an amazing opportunity to do something different,” says Millan over the phone from Montreal, where the band is putting in daily eight-hour rehearsals in preparation for their theatrical debut.

“We’re coming up on our 20-year anniversary – the industry has changed so much, but the fact we’ve stayed together all this time, it feels like the right time to show that history.”

After working with Campbell (a long-time actor whose family has deep roots in Canadian theatre) on his solo show True Crime in 2017, Crow’s artistic director Chris Abraham began to see “thematic continuities” in the band’s music and was also intrigued by their interpersonal dynamics and uncertain place in an increasingly precarious music industry.

“There are also dialogues and dramas within their songs,” says Abraham, who’s directing the show. “There’s a spine of a story of individuals who come together and move apart. I think I was interested in affirming the tricky territory of staying together over time – what piles up, what it costs you, but also what you gain in sticking it out.”

Campbell, an outspoken critic of the music industry, found a kindred spirit in Abraham, who strove to get at the heart of what has kept the band going all this time despite the personal and professional disruptions – the band has been open about nearly breaking up more than once over the years, but ultimately worked things out as friends and collaborators.

“Chris is interested in people at the moment of crisis, and Stars are also interested in that same thing,” Campbell says, joining Millan on the line.

“He looks for the point of breakdown, the point of failure. It’s really hard to find people who understand what it is that we do – in a way, we’ve been determined to not make this work for 20 years,” he notes with a laugh. “You have to build a play around a problem – and being a band in 2019 certainly is that.”

Bringing Stars’ story to the stage began to take shape about two years ago, when Abraham enlisted collaborator Zack Russell to serve as writer for the piece. The two conducted extensive interviews with the band at Stars’ studio in Montreal, and Russell then sorted through the material to find the narrative threads that would ultimately become the framework for Stars: Together.

“More than anything, they have brought the really messy, painful, vulnerable, embarrassing stuff, which is fun to get to play in as a writer,” Russell notes. “They’re always equally funny, insightful and maddening – and angry with each other, and in love with each other. The ‘Stars-iness’ of Stars never ceases to amaze me, no matter what the situation.”

Stars’ music has always tackled the big themes in life: love, loss, heartbreak, loneliness. And that openness is taken to a new level in this show, which reveals personal details even long-time fans may not know.

The show splices together scenes set at the band’s rehearsal space in Montreal with the high-energy live performances of a typical Stars concert, albeit with some rarities thrown in – taking advantage of the more intimate theatre space, they’ve included some songs the band doesn’t often play in concert.

“We wanted to provide dramatic moments that would enhance or crack open the songs in a new way,” Abraham says, noting that hardcore fans and those who are just going for a night at the theatre will both find plenty to enjoy in Stars: Together. “It’s a real play, and they’re really acting – they’ve got lines to learn!”

While Campbell’s True Crime was well received as he toured the show across the country over the past two years, fewer fans may know that Millan also was an actor in her youth, attending the Etobicoke School of the Arts and even appearing on Degrassi Jr. High.

“It’s as if I had taken figure skating and I was invited to join the Ice Capades,” Millan quips about returning to her thespian roots. “It’s using a lot of muscles I haven’t exercised in a long time.”

Though acting might be new to most of the band, raising their voices for what they believe in isn’t. Candid in interviews and on social media about everything from the economic realities facing artists to their political views, Campbell and Millan in particular have faced criticism even from so-called fans who’d prefer they just shut up and sing.

Both see Stars: Together as yet another way they can be honest with their fans – and each other.

“I don’t have to prove my credentials – I’m trying to remain unafraid of self-involved critics who think they’re better than anyone else,” says Campbell.

“We have a revolutionary ethos in this band, and this play is an expansion of that,” he continues. “Life is hard and it can be very lonely – but we’re losing together.”