BRONTE: THE WORLD WITHOUT by Jordi Mand (Stratford). At the Studio Theatre (34 George East, Stratford). Runs to October 13.. 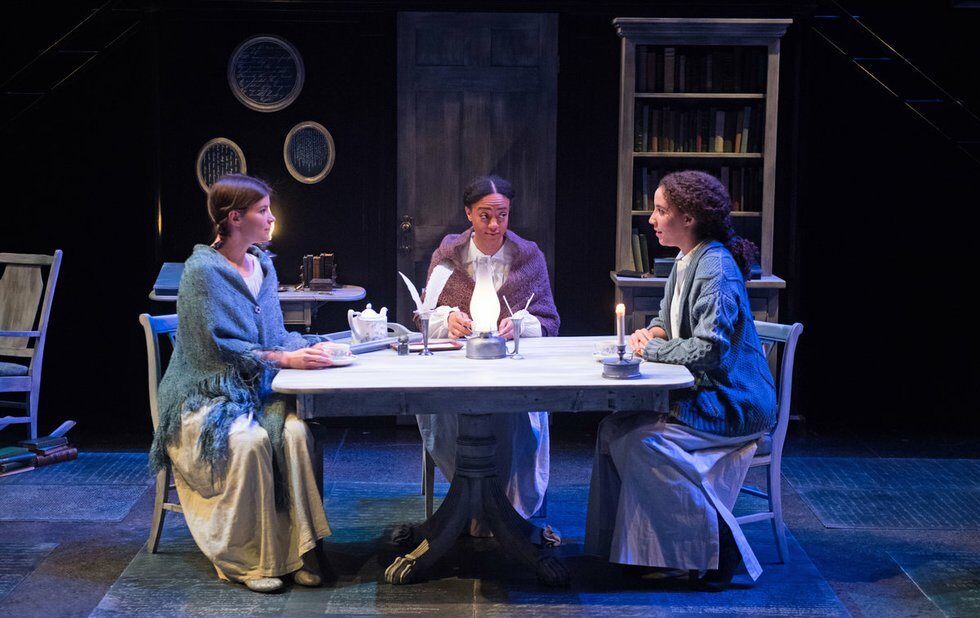 The unfortunate irony of Bronte: The World Without is that a play about three of the worlds most compelling storytellers lacks an interesting narrative itself.

During this time, the three metamorphose from impoverished women taking care of their increasingly ill clergyman father and their alcoholic brother (both unseen, yet cleverly evoked through Anton de Groots sound design in Vanessa Porteouss production) to novelists of varying acclaim. By the end, two of them, as well as that brother, will be dead.

Mand is less concerned with the sisters inner worlds than with their outer ones the without of the title. Hence, we get details about looking for employment (usually as governesses), adding up household expenses and, when they start getting published, who gets better reviews. (Charlottes Jane Eyre is universally beloved, while Emilys Wuthering Heights is trashed and Annes Agnes Grey ignored.)

All of that is fine in a Wiki-entry way. But Mand (Between The Sheets, Caught) never convinces us of the womens imaginations and storytelling skills. The Brontes works must be in the public domain. Why not try out some passages on us, if not in dialogue as it seems the sisters were secretive about their work then in monologues?

Theres also little sense of place strange, since the Yorkshire moors figure prominently in a lot of the womens fiction.

And the musical choices Chopin one moment, Regina Spektor the next are disorienting.

What were left with is a thin slip of a play that serves more as a showcase for the fine acting ensemble (Bain is particularly commanding) than a look at three essential voices in 19th-century literature.