TO KILL A MOCKINGBIRD adapted by Christopher Sergel from the novel by Harper Lee (Stratford). At the Festival Theatre (55. 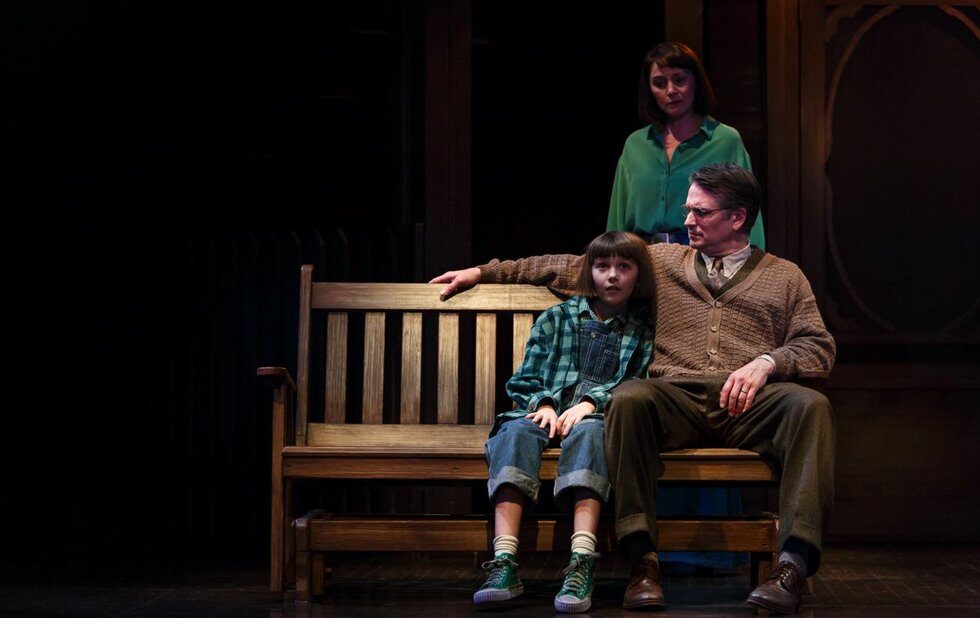 A shot rings out, and archival footage of segregated signs, lynchings and civil rights demonstrations are projected onto the stages backdrop, culminating in the 1968 assassination of Martin Luther King, Jr.

The opening of Nigel Shawn Williamss Stratford production of To Kill A Mockingbird is bold and disturbing and promises a lot more than the show itself eventually delivers.

The concept is that the plays narrator, Scout (Irene Poole), has lived through this tumultuous era, and is looking back at the events told in Harper Lees book set in 1930s Alabama with a different perspective.

Its too bad Williamss requests for further changes were rejected by the Lee estate, who incidentally made news headlines earlier this year with a lawsuit over Aaron Sorkins adaptation going up on Broadway this winter. (That case has since been settled.)

Apart from the startling opening, Williams is stuck with Christopher Sergels 1990 adaptation, an on-the-nose and at times inelegant compression of Lees lyrical, leisurely novel that combines a poignant coming-of-age story with a powerful depiction of a small-town trial in which a Black man, Tom Robinson (Matthew G. Brown) has been accused of raping a white woman, Mayella Ewell (Jonelle Gunderson).

Awkwardly shoehorned onto the thrust stage of the Festival Theatre, whose wooden entrances on either side of the stage rob Denyse Karns set of a lot of atmosphere, the production gets a jolt of energy from the fine cast.

Poole doesnt get much to do besides chime in on significant lines of dialogue and look meaningfully on at certain scenes as her precocious younger version (played nicely by Clara Poppy Kushnir) walks about, but Jonathan Goad captures the right air of dignity and common sense as Scouts father and Robinsons lawyer, Atticus, while Michelle Giroux brings lots of calm wisdom to her role as the Finchs progressive neighbour, Maudie, who dispenses some of the shows much-needed backstory.

And Randy Hughson, his posture bent and his legs jittering in defiance during the courtroom scenes, relishes his role as Mayellas abusive, trashy father.

Sophia Walker brings gravitas to the Finches maid, Calpurnia, but, having reread the novel recently, I wish Sergel had included the small scene in which Calpurnia takes the Finch children to her own church it would have given the Black characters more complexity and agency.

Why put on this play at this time? With weekly examples of racial intolerance uncovered by cellphone or social media, the issues and struggles in Lees source material are obviously still relevant.