NOW MagazineCultureTheatreStratford review: The Merry Wives Of Windsor gets a crowd-pleasing staging

Stratford review: The Merry Wives Of Windsor gets a crowd-pleasing staging

THE MERRY WIVES OF WINDSOR by William Shakespeare (Stratford Festival). At the Festival Theatre, Stratford. Runs to October 26. $35-$155.75.. 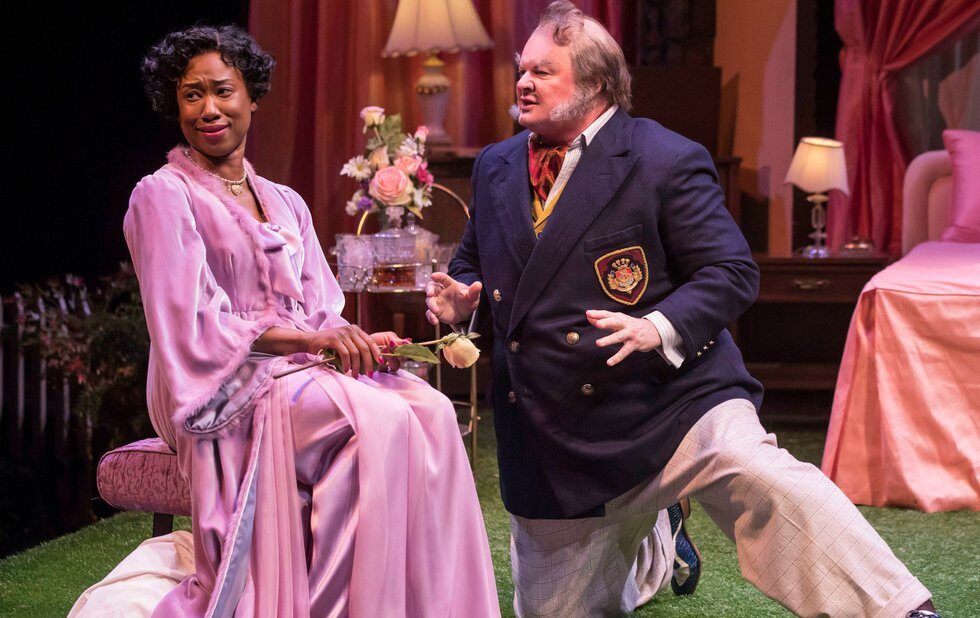 Sequels and spinoffs are rampant in the Marvel Cinematic Universe, but they actually go way back to Shakespeares time. The Bards portly and preening knight Falstaff was so popular in the Henry IV plays that legend has it superfan Elizabeth I asked the writer to bring the character back for another theatrical outing. Hence The Merry Wives Of Windsor, which is getting a cute, crowd-pleasing production at Stratford.

No one would claim its first-rate Shakespeare, but isnt that usually the case with sequels? The farcical plot involves Falstaffs (Geraint Wyn Davies) attempts to woo (for financial gain) two married women, Mrs. Page (Brigit Wilson) and Mrs. Ford (Sophia Walker). The two friends concoct a plot to get back at the cad, enmeshing the neighbouring Miss Quickly (Lucy Peacock) and other townsfolk to trap and humiliate him and the jealous Mr. Ford (Graham Abbey), whos disguised himself in an attempt to catch his wife committing adultery. In addition, theres a rather forced subplot involving various men interested in marrying the Pages well-off daughter, Anne (Shruti Kothari).

Director Antoni Cimolino has set the action in 1950s suburbia, perhaps to subvert the cliche of the ornamental Eisenhower era housewife and show them wielding more power than their ineffectual husbands. Seeing the lecherous Falstaff get his comeuppance (surely this isnt a spoiler) feels particularly satisfying in the post-#MeToo era.

Transitions between locations work seamlessly, and theres true enchantment in the climactic Halloween sequence, the one instance in which the hiring of lots of child extras seems warranted and not superfluous.

The performances range from gently mocking (Wilson and Walker, both having fun) to wildly, intentionally overdone. Gordon S. Millers ridiculous Dr. Caius, one of Annes unlikely suitors, evokes Peter Sellerss Inspector Clouseau. And Im not sure what kind of accent Ben Carlson affects as Sir Hugh Evans, but it doesnt sound Welsh.

Abbey and Davies, both fine serious actors, are up for the farcical shenanigans, including the plays most famous sequence involving a laundry hamper.

Abbeys anger and suspicion suggest some darker aspects to the Fords marriage, while Davies goes through the play with a child-like innocence thats rather endearing.

If some aspects of the play fall flat the Latin scene at the beginning of the second act doesnt work slapstick and silly costumes have a universal appeal.

The Merry Wives might be a minor work in the Bards canon, but even the broadest scenes get major laughs.