The best Toronto stage events to stream in April 2020

From a live reading of Karen Hines's cancelled new play to an improvised nightly murder mystery, here are some Toronto shows to enjoy in self-isolation 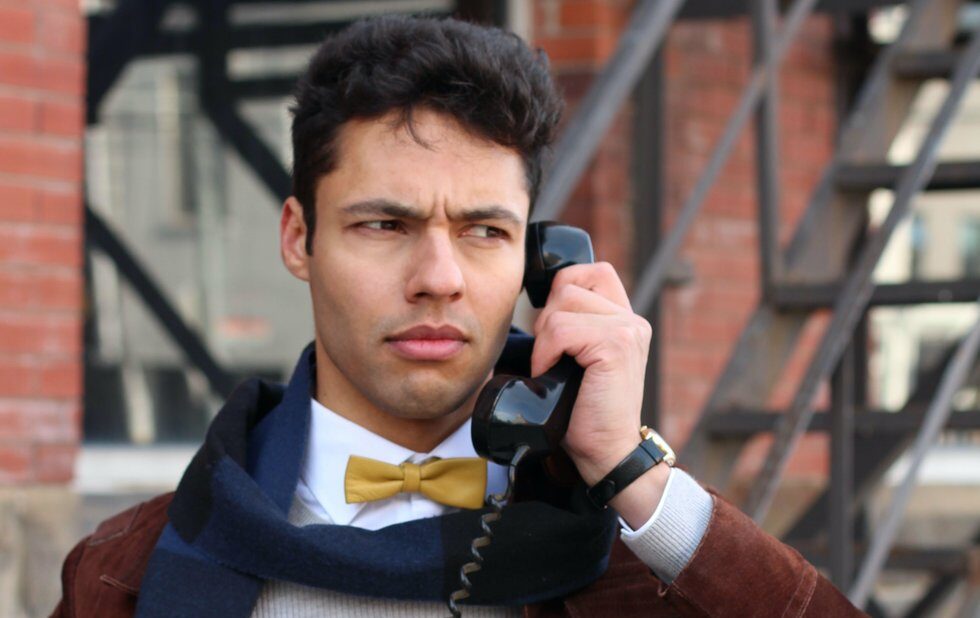 Tired of looking at screens all day and night? Be like actor Sebastien Heins and pick up your phone to take part in Outside the March's Ministry Of Mundane Mysteries.|Ruth Goodwin (top) and Liz Johnston put on their detective hats to help solve the Murder At The Winterhouse Theatre.

Tired of looking at screens all day and night? Be like actor Sebastien Heins and pick up your phone to take part in Outside the March's Ministry Of Mundane Mysteries.

Here’s a list of some live local theatre and comedy acts you can watch (or listen to) while self-isolating.

All The Little Animals I Have Eaten live reading

Governor General’s Award-nominated playwright Karen Hines’s dark comedy about late-stage capitalism, consumption and gender was supposed to have opened last week at Crow’s, but it was obviously cancelled. The Nightwood Theatre show goes on in a single night live staged reading, with all the actors (Amanda Cordner, Belinda Corpuz, Lucy Hill, Zorana Sadiq and Amy Rutherford) performing from home via Zoom. Viewing the reading is free but donations are welcome. Watch the stream live on Nightwood’s YouTube channel on Friday (April 3) at 7:30 pm. 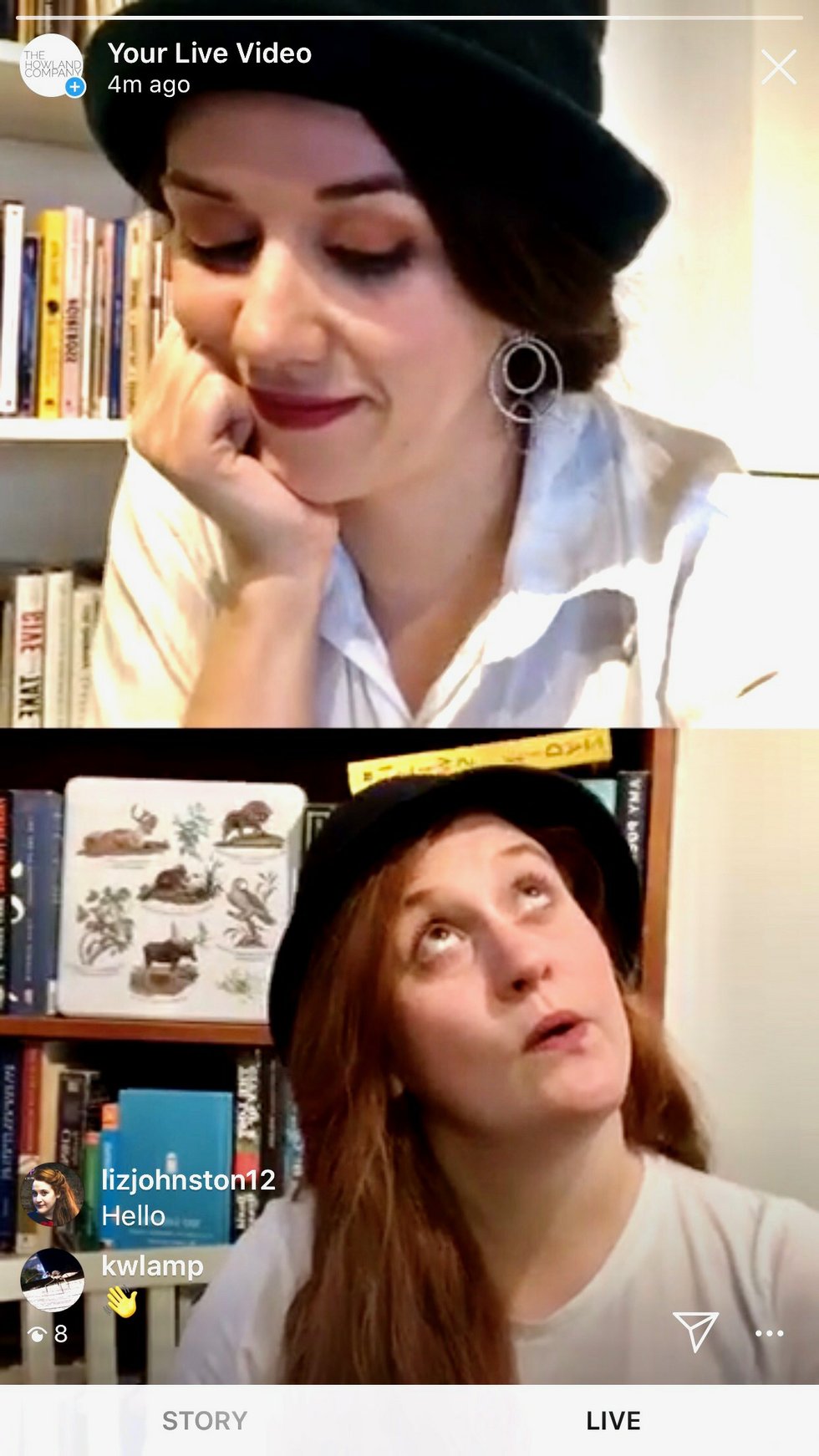 Ruth Goodwin (top) and Liz Johnston put on their detective hats to help solve the Murder At The Winterhouse Theatre.

Murder At The Winterhouse Theatre

Acclaimed theatre troupe the Howland Company is rising to the COVID-19 challenge with #VirtuallyHowland, a virtual content theatre series. They began last week with an online version of their monthly Reading Group, but next week they’re presenting something really different: an improvised murder mystery. Over five nights, co-creators Ruth Goodwin and Liz Johnston (Entrances And Exits) will play sleuths Agatha and Christie (get it?), interviewing suspects (through video conferencing) in a murder set in Toronto’s 1920s vaudeville scene. Confirmed guests include Colin Mochrie and Deb McGrath, Ennis Esmer, Danny Ghantous, Courtney Ch’ng Lancaster, Hallie Seline, Cam Laurie and Paolo Santaluccia. Tune in from April 6 to 10 at 8 pm at the company’s Instagram Live. There’s an interactive component, too. During the show’s “season finale” on the 10th, viewers can guess who the murderer is, and a selected winner will be awarded $100, to be donated to the Actors’ Fund in their name.

The Ministry of Mundane Mysteries

The brilliant site-specific company Outside the March debuts a week-long adventure that consists of getting short daily phone calls in which private investigators discover your own personal mystery. Perfect if, like me, you’re growing fatigued of looking at screens all day and night. Fill out the form at mundanemysteries.com and get ready for your individualized auditory mystery, April 6-11.

Headed by Christopher Wilson and Ryan Kelly, Toronto Musical Concerts – the local answer to Seth Rudetsky’s Stars In The House – continues its daily Big Girl & Friends live stream of interviews and performances by the country’s musical theatre talent (guests so far have included Gabi Epstein, Thom Allison and Charlotte Moore). It’s all to support the Actors’ Fund of Canada. Monday to Saturday, 7 pm.

Buddies in Bad Times continues its Titanically titled Queer, Far, Wherever You Are, a curated digital performance series on their Instagram account, live at 5 pm every day until April 8. Artists include Gay Jesus, Stephen Jackman-Torkoff, Ali Eisner, Catherine Hernandez and Yolanda Bonnell.