Suitcase/Adrenaline is a devastating double bill 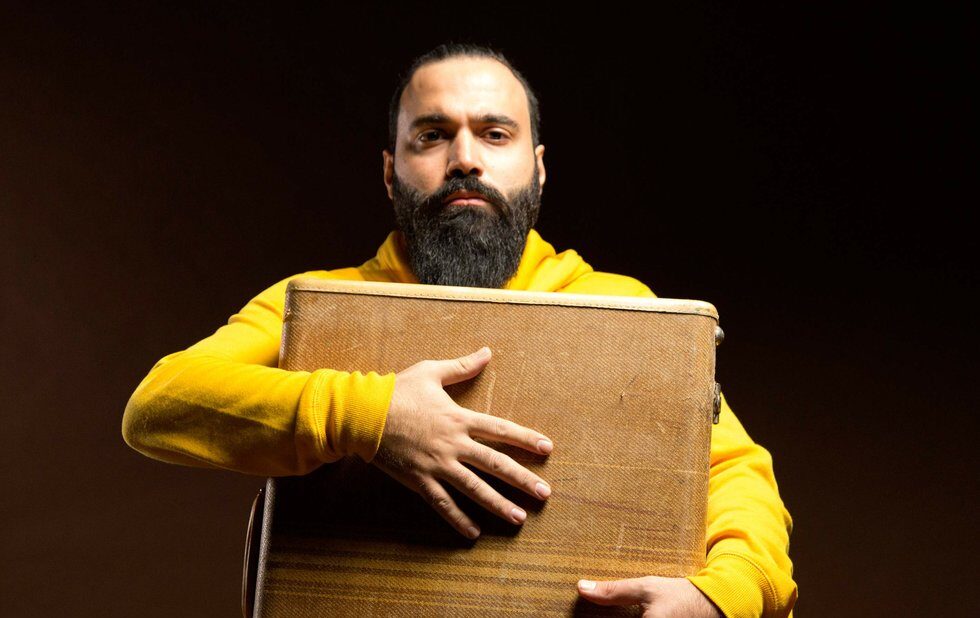 When I first watched playwright/actor Ahmad Meree’s solo one-act, Adrenaline, at SummerWorks in 2018, I was struck by the horrors and hopes expressed in this work about his Syrian refugee experience. Two years later it’s just as compelling to watch, and teaming it up with the two-hander Suitcase – about a young couple trying to escape Syria – makes a searing double-bill.

With help from director Majdi Bou-Matar, Meree presents these stories in unflinching yet heartfelt ways. Both plays are performed in Arabic with English surtitles, including text description to make them accessible to diverse audiences.

Suitcase is Meree’s artistic response to his own immigration experience. The play centres around a young couple on the run, a musician (Meree) and a journalist (Nada Abusaleh) seeking a safer life. Religious differences complicate their relationship and their journey becomes both physically and emotionally perilous.

The script blends elements of realism and the absurd with influences of Beckett, which is unsettling yet works surprisingly well. Throughout the play the characters can’t shake the feeling they’ve forgotten something. This really hits home at the end when we find out how much they’ve had to leave behind.

Music is used to create mood and indicate the passage of time. Perhaps the most fascinating aspect is the use of a microphone integrated into scenes as a way for the characters to highlight specific thoughts and ideas. But for all its strengths, Suitcase could be streamlined. It tells many stories at once but requires more focus. And unfortunately, the production’s final moments feel obvious.

Adrenaline runs for a spare 35 minutes, but packs much into that time. The play tells the story of Jaber, a young man from Aleppo experiencing his first New Year’s Eve alone in Canada in a small apartment. His memories of the world he left behind come starkly to life.

Adrenaline is wistful and full of emotion. The production uses props in highly imaginative ways to represent Jaber’s family members as well as the horrible effects of war. Setting the play on New Years works beautifully. Who doesn’t reminisce about that day? And the sound of firecrackers going off outside his apartment prompts flashbacks to Aleppo. The final image lingers long after the play ends.

In both plays, Colin Labadie’s and Janice Jo Lee’s evocative sound effects are integral to setting the mood and underscoring emotions. This complements Meree’s poetic and sensory-rich writing – scent is particularly highlighted.

Without ever moralizing, Meree’s characters remind us to appreciate what we have in our lives while we have it. What a privilege to experience this from the safety of theatre seats in Toronto.