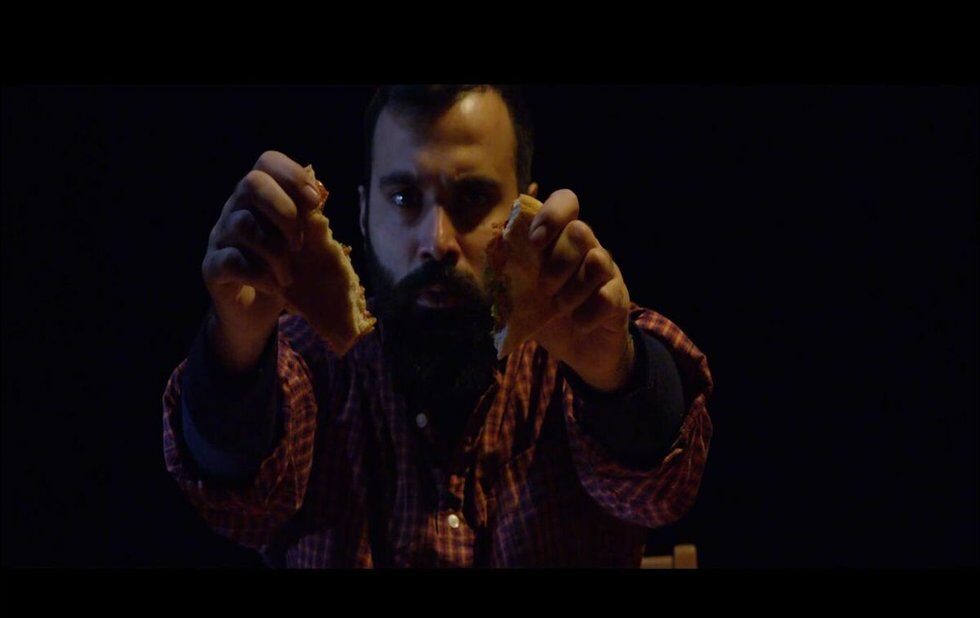 Adrenaline clocks in at a mere 35 minutes and Aleppo-born actor/playwright Ahmad Meree makes every moment remarkable in this searing solo work.

As soon as the lights come up on main character Jaber (Meree), the play bursts with vividly rendered memories of a young man’s life growing up in Syria while living with his parents and brother.

Performed in Arabic with English surtitles, the play is set in Jaber’s apartment on his first New Year’s Eve in Canada. The celebratory sound of fireworks outside the building prompts flashbacks to his war-torn homeland and all that he’s lost.

Majdi Bou-Matar designed the sparse but highly functional set and also directs stunningly. The use of real food is visually evocative and, if you’re sitting close enough, you can smell the torn-up vegetables. Common household items stand in for Jaber’s family members and lead to all sorts of tender interactions, particularly poignant when Jaber presents each with a gift.

Meree’s text is at times wrenching while also poetic for example he describes the country dancing with fear as bombs fell.

The show also benefits from Laura Johnson-Sherratt’s lighting, which goes from stark yellow to warm white when highlighting happier memories.

The final image and sound of Meree blowing a New Year’s noisemaker will stay with you. Keep tissues at hand as you take it all in.