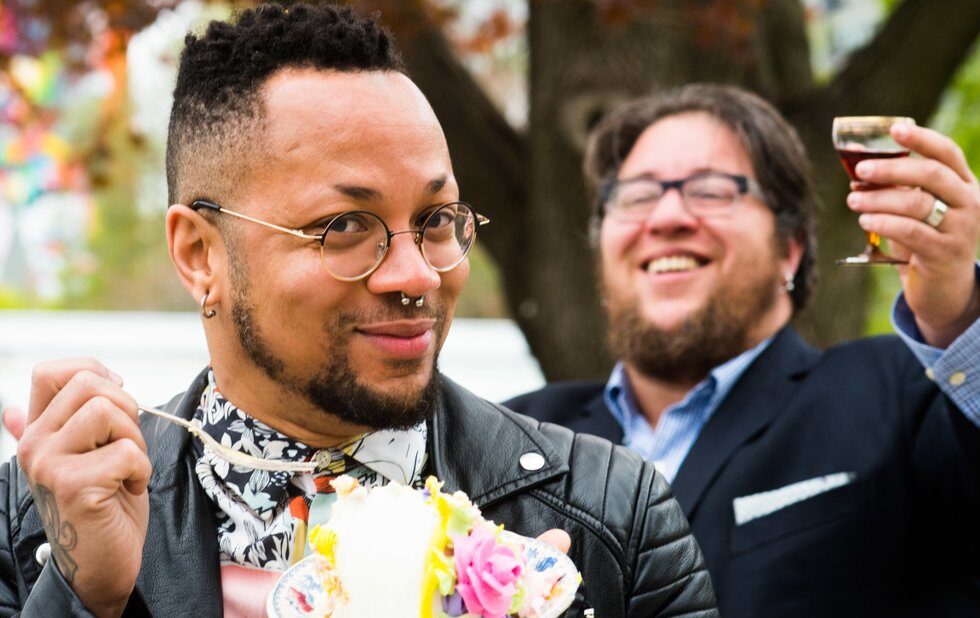 Acting as host and toastmaster (glasses of sparkling lemonade are provided), the affable Bergman introduces three individuals who talk about themselves and their gendered revelation.

As a part of the SummerWorks Lab series, the work is still in development, which could explain its loose structure. But the space the airy rooftop Theatre Centre garden presentation (terrifically gaudy sun hats are available to borrow) and the openness and sheer talent of all involved make this a pleasant way to pass 45 minutes.

As a bonus, the show’s program includes a handy list of things to say when someone shares a revelation about their gender with you.