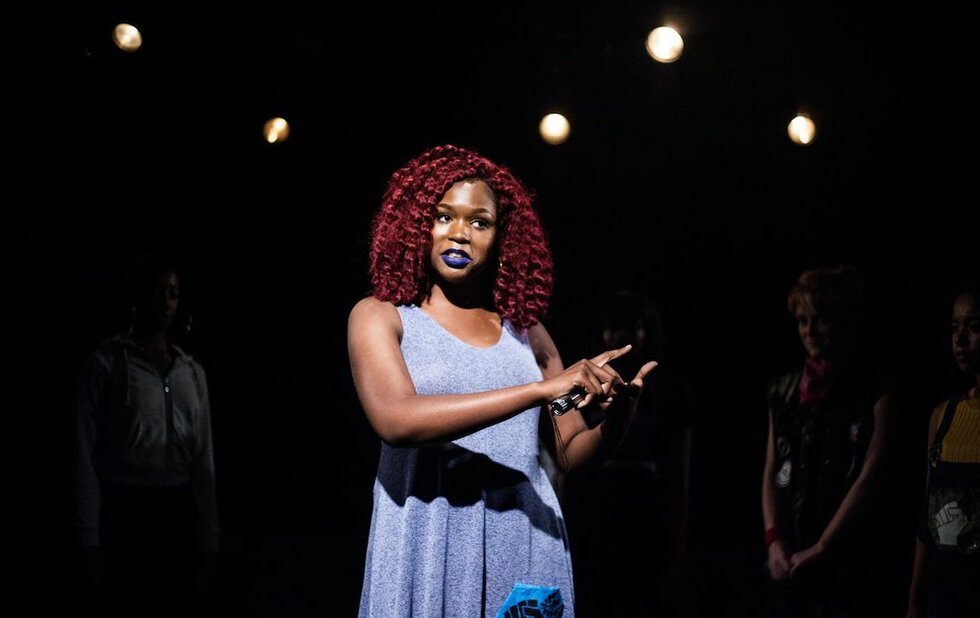 At turns funny, sad and poetic, Lion Womxn brings together a group of young women and non-binary youth who share personal stories about coming out, fitting in, relationships, body image and contending with racism and sexism. The result is an often raw and very moving mix of monologues, scenes, movement and songs that showcases honesty and strength.

The participants range from stage newcomers to theatre students brought together by The AMY Project, a program that pairs young people with professional artistic mentors. The bond that has developed between them is profound. Directors Julia Hune-Brown and Nikki Shaffeeullah use projections to set the piece on the Bloor subway line, a natural gathering place, but always keep the focus on the performers words.

After sharing their stories, each person dons colourful ribbons and golden chains. As they dance and move, the sound of the chains echoes through the theatre but the message is clear that their unified voices can break any chains holding them back.