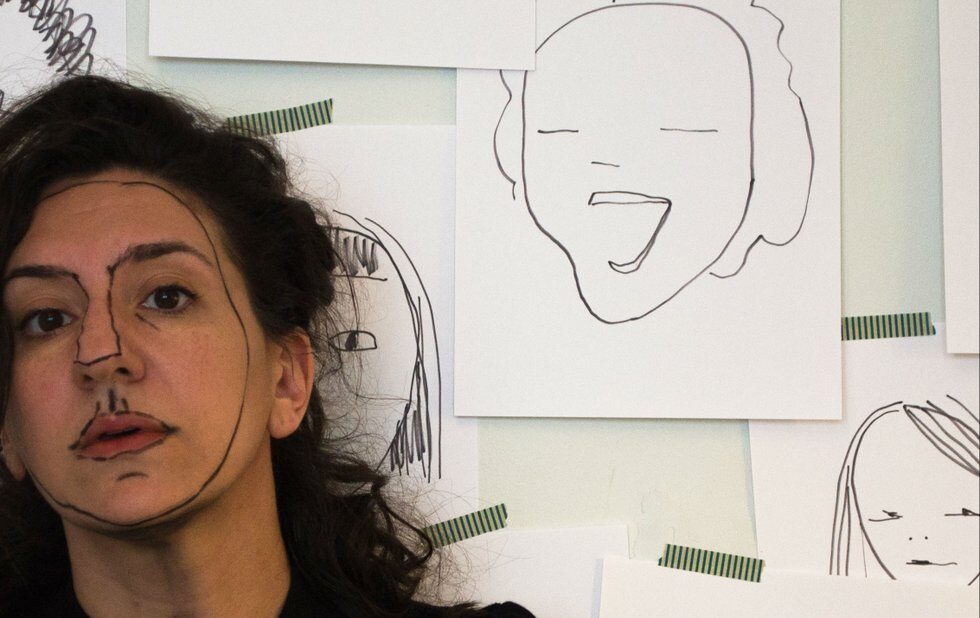 What is it about lost things an item, a person, or even a concept that haunts us? What do our feelings about that loss say about us? These are a couple of questions you’ll be mulling over during this intimate and unforgettable piece of live art.

Equal parts therapy session and home crafts exercise, the half-hour “show” consists of two sections. During the first, you sit down with creator/performers Shira Leuchter (who conceived of the idea) and Michaela Washburn to discuss the thing you’ve lost. Then, as you don headphones to listen to pre-recorded stories of other people discussing things they’ve lost, the pair set about constructing a work of art to reimagine and recreate that lost thing. That piece then joins a gallery of lost items you can visit at the Media Arts Centre.

My lost item was a harmonica I had received as a present at a Boy Scouts Christmas party when I was about 9 or 10. Some time during the party, the cub pack, obviously led by adults, went to McDonald’s, because I believe I lost it in a deep bank of snow outside the restaurant. It couldn’t have been very valuable I never bought, or asked for, a replacement from my parents. And in fact, I was already a part of the school band at that time, so I had access to other instruments.

But the loss of that harmonica a means of self-expression? a portable way to entertain myself and wail out my pre-teen blues? stayed with me. I never really got to play it. So much potential. The fact that it was buried in snow outside a monument to mass consumption also captured my imagination.

Genially and gently, the two got me to open up about the lost item. When did I realize it was gone? Did I ever try to go back and find it?

The pre-recorded stories of loss are all poignant and entertaining. Much of Lost Together’s fun comes from watching Leuchter and Washburn work together to make your item, wielding glue guns, scissors, various types of fabric.

When they present me with my lost item on a platter, no less I experience mixed feelings. Sadness. Joy. Gratitude. The “together” in the work’s title begins to make sense. For the first time in decades, I’ve shared this story, and somehow the loss feels less abstract.

“We tell ourselves stories in order to live,” Joan Didion famously wrote. And perhaps sharing those stories makes us feel even more alive.