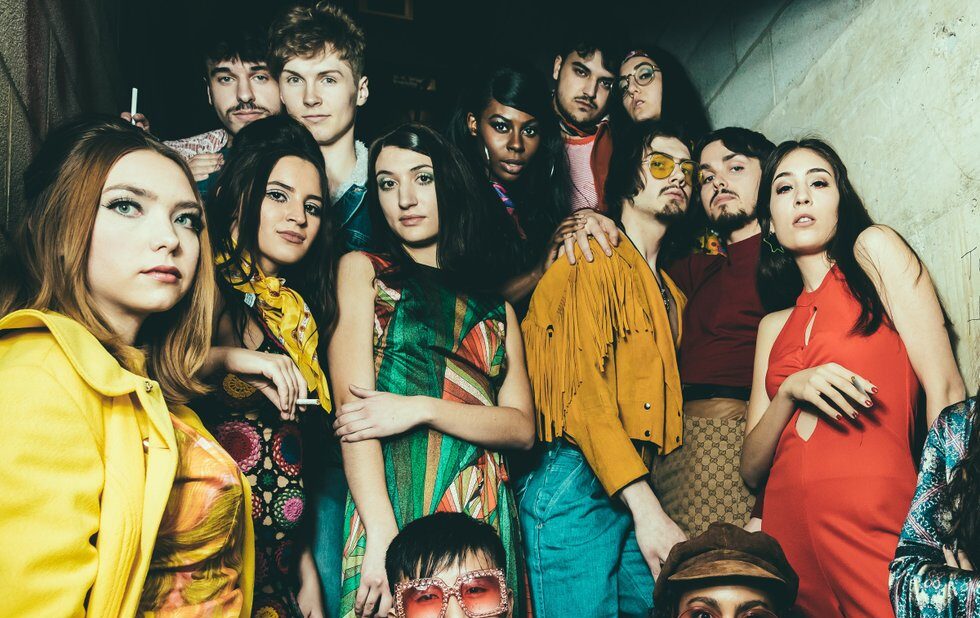 It’s 1969 and an eclectic group of students at Rochdale College (at Bloor and Huron) are dabbling in Eastern religion, ingesting drugs and rapping (um, a different kind of rap) about the Vietnam War, race and national politics. They’re also dealing with a run-down building, debt, crashers and a couple of overdoses all of which has got them bad press. How to live communally without selling out?

Yee cleverly uses the return of Whitman (Leanne Hoffman), the co-op’s long-absent general manager, as a way into this complex universe. Aquino and her cast always give us something interesting to look at, even when they’re delivering exposition, with Mona Farahmand‘s intentionally cluttered set making imaginative use of filing cabinets and boxes.

Yee’s script has a few misnomers I’m not sure the term “Bell Jar situation” would have been used then, since Sylvia Plath’s novel wasn’t published in the U.S. until 1971. And some conflicts could be clarified.

But its themes of diversity and how to effect meaningful societal change feel as timely and urgent as ever.